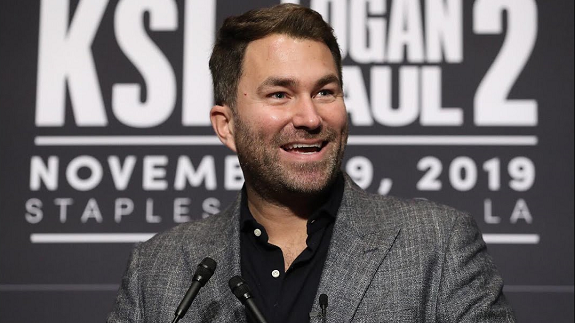 A possible third fight between Saul “Canelo” Alvarez (57-1-2, 39 KOs) and Gennady Golovkin (42-1-1, 37 KOs), unlike the previous two, will not go the whole distance. British promoter Eddie Hearn is convinced of this.

Recall that the Alvarez-Golovkin 3 fight is already scheduled for September. At the same time, Canelo will have a fight against Russian Dmitry Bivol next weekend (read our preview on this link).

“I think this time it will (be) a different fight. I don’t think it’s going to last more than 8 or 9 rounds,” Hearn says. “I think Golovkin will say: “If I lose, then this may be my last fight.” By the way, I think GGG at 76.2kg would be better than at 72.6kg. How long has he been fighting there at the championship level? Fourteen years old at 72.6 kg. He will be much better and much stronger at 76.2kg.”

“I think Golovkin will be very aggressive in this fight because he won’t try to mess around for 12 rounds. And Saul, in turn, wants to cut off his head. I promise you that this fight will not last the whole distance, because Saul will want to hurt him, ”the functionary insists.

And here is how Canelo commented on the recent victory of Golovkin.