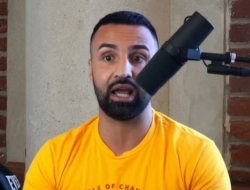 Also, the analyst pointed to the harm of marinating big fights due to the fact that they may not be as desirable in the future.

“The way Tyson beat Dillian Whyte, no one else did. He dominated him. It really establishes Fury as the best heavyweight in the world. And I still believe, even with Usyk, Tyson Fury is still number one in the world. He is a very big heavyweight, has a lot of skills and can put them together on the front and on the back. I think he has enough options and enough things in his repertoire. Even though Usyk is good, he is very good “I think Fury will be too much for him. He is a natural heavyweight. But despite this, you have to give Usyk credit. The undisputed heavyweight champion and unified heavyweight champion in the era of four belts. Evander Holyfield did it in the era of three belts. It is in these on the scales. To date, this has only been achieved by two. Holyfield did it in the era of three belts, and now Oleksandr Usyk has done it in the era of four belts.”

“At the moment, Fury and Usyk are first and second, no options. I think there is a good gap between them and the rest. They pushed the guys who were close to them. Fury knocked out Wilder. He defeated him three times, but he was given credit twice “Usyk also beat Joshua twice. They sort of separated themselves.”

“Guys, that’s why these fights have to happen when people want to see them. Because a lot of times the train leaves. Even if Joshua-Wilder happens now, it’s not going to be a mega fight. It’s going to be a good fight, but nothing more. From a promotional standpoint, this fight was in the pocket and it had to happen and that’s why these fights have to happen when they need to happen because you marinate them, marinate, marinate – sometimes you end up in a situation like Joshua and Wilder, when the other guys pushed you. Now everyone wants two guys, Fury and Usyk.”