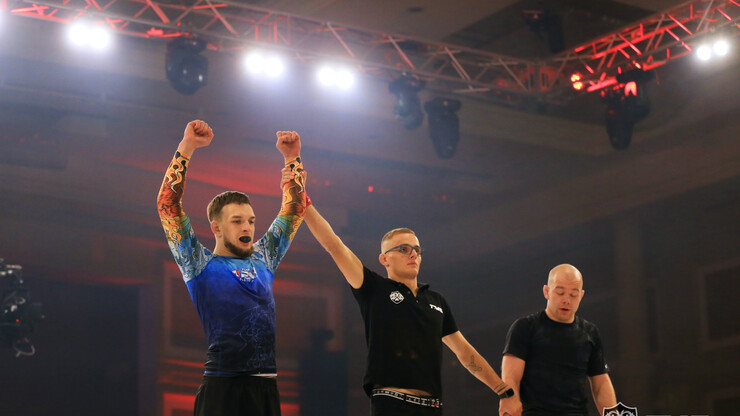 The first place was taken by the national team of Kazakhstan, the team of Israel became the second

On December 18, the team tournament of the TMS League: WALL TO WALL in Brazilian Jiu-Jitsu was held in the city of Dnipro. Four teams from different countries competed for a large prize fund of UAH 500,000.

Famous wrestlers from Israel, Poland and Kazakhstan came to Ukraine. The Ukrainians met in the semi-finals with Kazakh athletes, losing according to the rules of the TMS League. The winner is the team where there are invincible fighters.

In the final, the Ukrainian team fought for the third place with the Polish team. Ukrainian wrestlers fought four battles, in three of which they won early victories. Konstantin Shutko won by submission, and Vlad Chepel defeated two opponents in a row ahead of schedule.

The first place was taken by the national team of Kazakhstan, the team of Israel became the second. Poland took the fourth place, respectively, losing to our guys.

The captain of the Ukrainian team, Vladislav Yaroshchuk, noted that, despite the fact that Ukraine was initially considered an underdog, the guys managed to win a prize.

“The guys from the Ukrainian team are less titled than the rest of the participants in the TMS: WALL TO WALL tournament. I was the only brown belt in our team, while Israel and Kazakhstan had black belts, and Poland had three brown belts. Despite this, the decisive victory for Ukraine was won by Vlad Chepel, who is officially considered a white belt in jiu-jitsa, although he fights like a real pro. Also, Konstantin Shutko scored with a painful hold in the first bout, setting the tone for our performance. I would like to thank all the guys for being a part of the Ukrainian national team and deservingly showing themselves on the mat.”