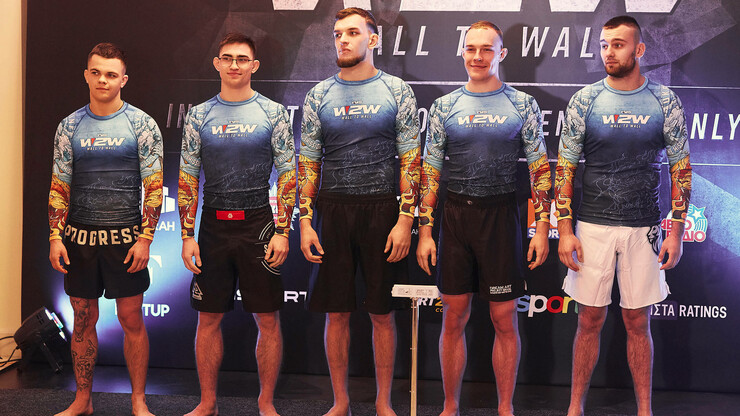 On December 17, the Menorah Grand Hall hosted the weigh-in and draw ceremony ahead of the TMS: WALL TO WALL Brazilian Jiu-Jitsu tournament. The format of the competition provides for a confrontation between teams from different countries, whose representatives will fight for elimination. The winner will be the team of the country in which there are undefeated wrestlers.

According to the rules of the TMS League, the total team weight must not exceed 400 kg. In the process of weighing, we found out that the Ukrainian national team is the “lightest”, the weight of the team was 392 kg. But the Israeli team entered the category with a total weight of 399.8 kg. Representatives of Poland showed 395.5 kg on the scales, and Kazakhstan – 397.8.

Also, as part of the weigh-in ceremony, a draw was held, which determined which countries would meet each other in the semi-finals. On December 18 at 19:00, the WALL TO WALL tournament will open with a meeting between Ukraine and Kazakhstan. Then the Polish team will fight against Israel. The losing teams will fight for the third place, after which all wrestling fans will have a hot final, which will determine the winning team TMS: WALL TO WALL.

Watch the live stream on the TMS League YouTube channel at 19:00 and the finals at 21:00 on XSPORT +

PHOTO. Kattar and Chikaze were photographed after the massacre