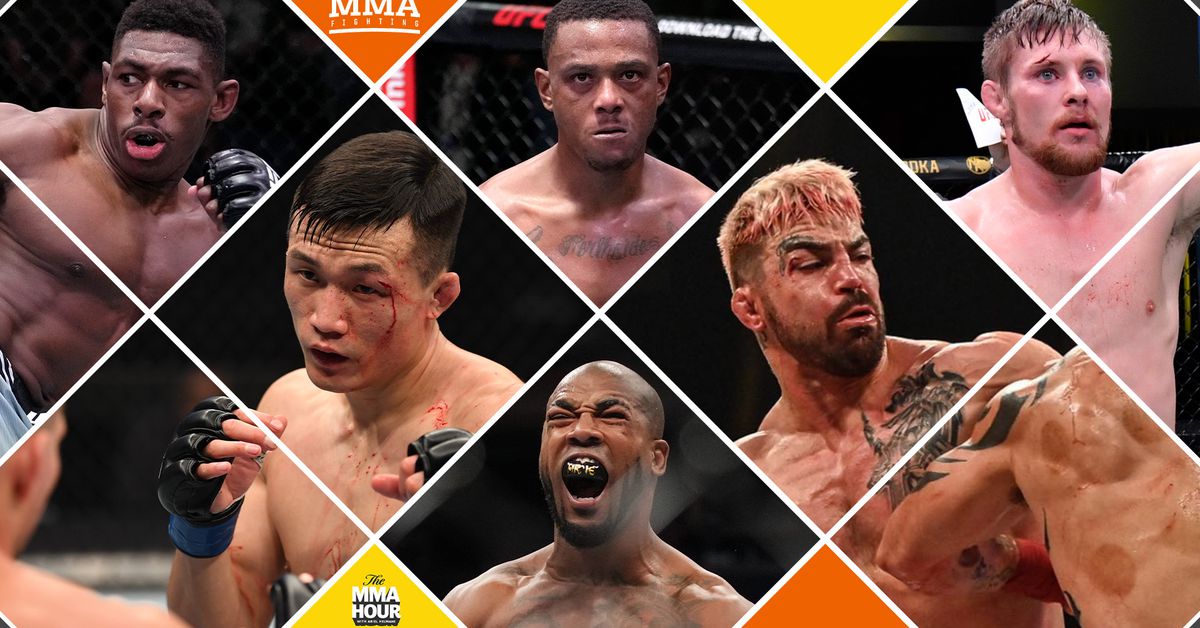 1:15 – Joaquin Buckley opens the show to talk about his win at UFC Vegas 48 and his special cornerman for the event.

1:35 – Jamahal Hill reflects on his quick win over Johnny Walker at UFC Vegas 48.

2 – Bobby Green joins the show to talk about his impressive win over Nasrat Haqparest at UFC 271 and his short-notice headliner against Islam Makhachev at UFC Vegas 49.

2:30 – Bryce Mitchell talks about his long-awaited return to the octagon against Edson Barboza at UFC 272.

3:30 – Mike Perry returns to the show to talk about his bare-knuckle debut at BKFC Knucklemania 2.

4 – It’s GC time as we break down all the best bets for UFC Vegas 49 on Saturday.

4:30 – New York Ric is back to talk about all the latest goings on in MMA.