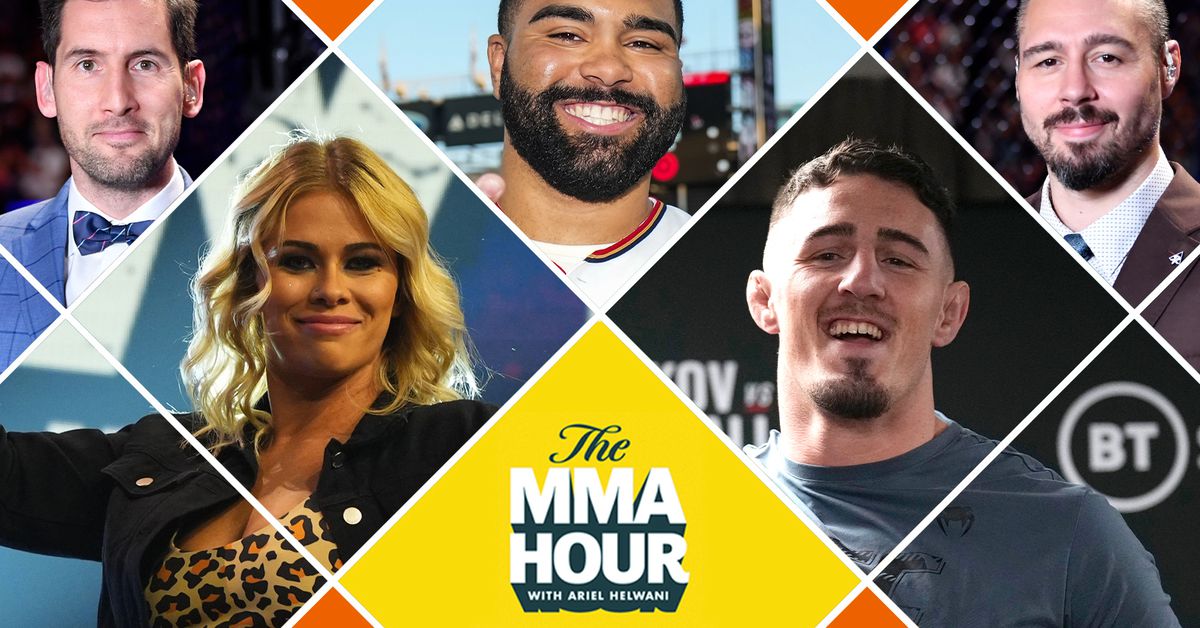 1 p.m. ET: Olympic Champion Gable Stevenson visits to talk about his NCAA Tournament title, retirement from amateur wrestling and his plans for the future with WWE.

2 p.m. ET: Paige VanZant, a new AEW signingee talks about her transition into professional wrestling and her MMA and BKFC careers.

2:30 p.m. ET: Dan Hardy joins the show to discuss the latest in his life, the success of U.K. fighters after UFC London, and the status of his potential return to the ring.

3 p.m. ET: UFC contender Tom Aspinall reflects on his monster win over Alexander Volkov at UFC London, his title aspirations, and what’s next for his career.

3:30 p.m. ET: GC and Helwani look at their best bets for the combat sports weekend.

4:00 p.m. ET: I answer all your questions in the latest edition of On the Nose.

Subscribe to Spotify and iTunes . for the latest episode of The MMA Hour