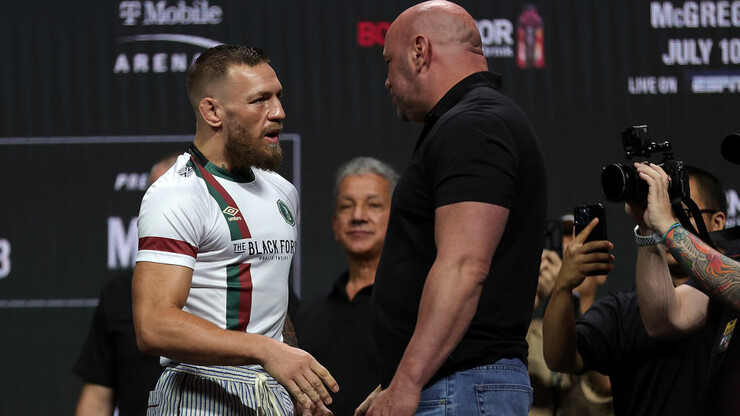 UFC President Dana White reacted to the lamentations of critics accusing the promotion of special treatment for the former champion in two weight categories Conor McGregor.

“I have dealt with thousands of fighters. And a lot of them were just like, “Oh, this is not the best fight for me right now,” or going around and around, digging into details, but not this fucking guy. I remember how we were in his rented house when Aldo pulled out of the fight in the summer of 2015. And this is what he said: “I don’t care who you find. I’m going to practice. When you’re done, call and let me know.”

And then there was a fight with Nate Diaz … Conor got another fight and he said: “Well, let’s fight Diaz.” At the same time, he refused to fight him in the intermediate weight, saying: “This is complete crap if I do not fight him in his weight.”

And Conor McGregor has been that way since the very first day he joined this fucking company. So I want to say to anyone who points a finger and says, “Oh, this guy gets special treatment,” it’s because he is special. This guy is unique,” ​​White said.