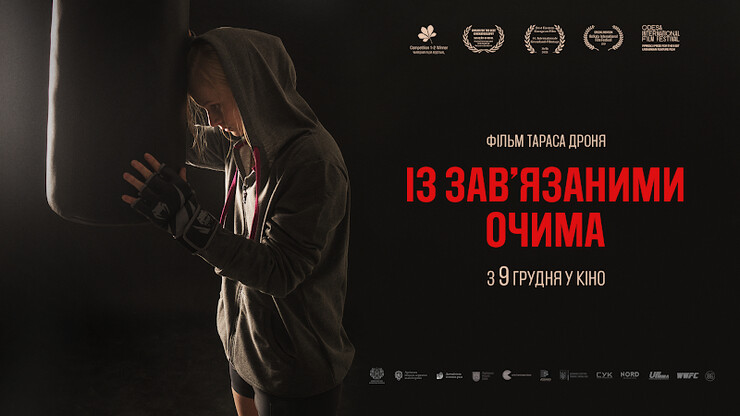 The promotion was promoted by the Sovereign Agency of Ukraine for Cinema. Behind the plot, Yuliya, MMA fighter, has children in sports. Vaughn manages supergirls at the knockout and does not know the other world, the Crimea, baptized by the network of the fighting ring. Strongly life shocked the heroine to drink against the superstitious stereotypes and shukat share beyond the boundaries of the great sport. For the past, I don’t want to let Yulia in, and she called out to the beat.

Already on the 4th of March at 16:00 there will be a Kyiv premiere of a line at the Zhovten cinema.

The film will be presented by the director Taras Dron, the producer Valeria Sochivets and the starring actress Marina Koshkina and Oleg Shulga. Planned and splkuvannya іz spies.

Let’s break the film at the tour places of Ukraine.

Special screenings will be shown near Lvov, Ivano-Frankivsk, Odessa, Dnipro and Kharkiv. The film will be presented by director Taras Dron, actor Oleg Shulga and Sergiy Luzanovskiy as part of the tour.

Promotion of the film was promoted by the State Agency of Ukraine for the Film Industry.

The international premiere of the film was held at the Warsaw Film Festival, de yogo was recognized as the best debut film in Competition 1–2. The national premiere of the line took place at the Odessa International Film Festival of Rock, and the film won the FIPRESCI prize for the best full-length film by the International Federation of Film Press. The film took part in close to twenty festivals, and was awarded cities in Germany, India, Brazil, and Spain.

Taras Dron was recognized as a director (with Mikhail Khoma) of the film “DZIDZIO. First time.”

“Iz tie my eyes” is the first Ukrainian film about martial arts.

The partner of the cinematic release of the film was the Ukrainian Federation of Fighting Arts UF MMA. Distributor – 86PROKAT.

Sean Strickland told how Maxim Grishin dropped him in sparring