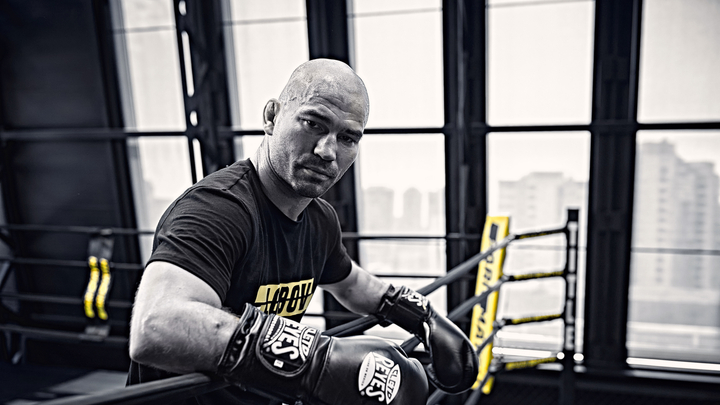 Earlier, WWFC made a proposal to hold a fight between Denis Berinchik and Artem Lobov

A conflict broke out in the media space between two Ukrainian organizations – Mahatch and WWFC. Both claim to host a fight between undefeated Ukrainian boxer Denis Berinchyk and ex-UFC and Bare knuckle fighter Artem Lobov. As events unfolded, Mahatch accused the WWFC of hypocrisy and inconsistency.

So what happened anyway?

The last fight of Denis Berinchyk, in which he won by technical knockout in the 3rd round, ended in an unexpected event. At the announcement of the verdict, the Ukrainian boxer appeared in a T-shirt with the inscription: “Lobov, let’s have a fight” and a photo of Artem Lobov, a Russian-Irish (Lobov has dual citizenship) ex-UFC fighter and friend of Conor McGregor.

The answer from Artem was not long in coming: “Remove the pillows from your hands, we will arrange a real mahach. Challenge accepted”.

After such a development of events, the Ukrainian league of mixed martial arts WWFC expressed its readiness to fight between the athletes. To which she received an immediate refusal in the person of Lobov: “Guys, my fight with Denis Berinchik can only take place as part of the Mahatch tournament. WWFC once contacted me and found out how much my performance at their tournament would cost.

But after I told them the number, they realized that the whole team would simply be left without pants, and that was it. Therefore, I want to wish them: guys, don’t do this cheap PR, behave like a kid.” Artem Lobov himself is a member of the jury of the aforementioned fisticuffs league.

Such a statement of the fighter could not go unnoticed. WWFC hastened to refute the information that they had previously contacted the fighter on her Instagram: “WWFC could not negotiate with Artem Lobov, since his record and rating in MMA does not allow him to fight in our organization. If the league spends money on fees for such fighters, then they will definitely be left without pants. As an exception, we are ready to offer Artem a fee of $500 and the same amount if he wins. With regard to negotiations in holding a fist fight, WWFC shows full readiness.”

At this, conversations around the fight began to develop into more acute ones. The Mahatch Fist Fighting League on its Instagram caught WWFC in a lie and published their own post announcing Lobov’s fight in their league. According to the MMA organization in that publication, the cost of the participation of the ex-UFC fighter was measured at $100,000.

The degree around the potential fight between Denis Berinchik and Artem Lobov is only growing – we are following the events.