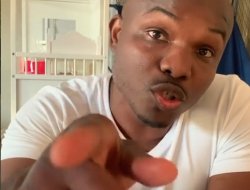 The fight will take place tomorrow, October 16, in New York (USA). Back from the nightmare – so we called the preview.

The analyst believes that Helenius could create some problems for Wilder as he has “a full arsenal”. But the fight is unlikely to drag on, says Bradley.

“One of the combinations that Fury often used against Wilder was a left hook/right hand. It was a jab, jab, jab, feint, left hook, right. Wilder is vulnerable to such a combo, especially if you immediately force him to disperse attention to the jab, Tim says on the air DAZN Boxing Show. – Deontay, as a rule, stands straight, does not always work out with his knees and dives under the left hook. I mean, he can, but he doesn’t always do it. With a left hook, Helenius should try to pull Wilder towards him or move to the side and try to block him and then break him with the right. And his right one is good. I would say the left hook, the right straight and the jab are the punches that Helenius should be looking to land.”

Wilder – Helenius: prediction and bets for the fight on October 16

The expert doesn’t think this fight will go the distance.

“Of the three losses Helenius lost, two were knockouts and they were against weaker punchers than Wilder. Wilder will knock him and shock him. It will be difficult for Helenius to get away from him,” Bradley predicts. “And I expect a significant improvement in Wilder. Heard him say he went over 400 rounds for this fight. I think it’s a bit overkill, but, in general, if you try so hard to learn something new, you can develop skills.

His prediction is Wilder by knockout.

“But I’m not sure which round. Even in two defeats by knockout from Fury, he was able to dump Tyson on the canvas. He will knock down Helenius and knock him out, ”summed up the veteran.