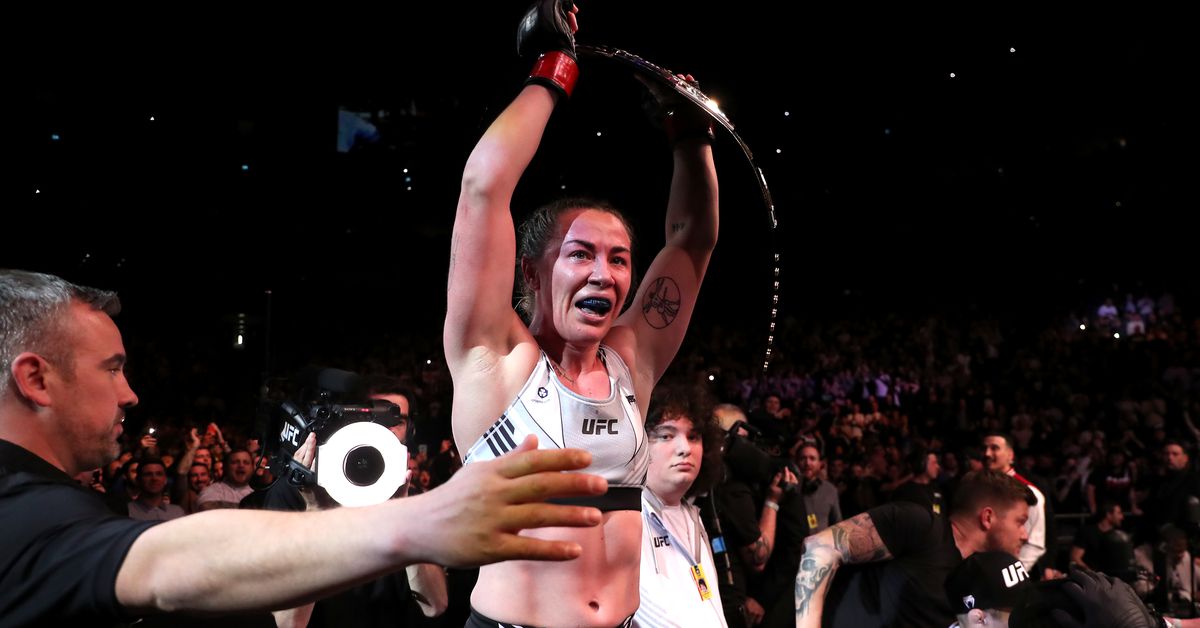 Molly McCann is spinning and winning and everyone is talking about it.

“Meatball” scored a surefire “Knockout of the Year” candidate at The O2 in London, blasting Luana Carolina with a spinning elbow that left Carolina out cold on the mat. It was the exclamation point on what was already a history-making night for McCann: The Liverpool native already became the first Englishwoman to compete on a UFC main card in London when she made the walk to the octagon on Saturday, and she is also the first woman to score a spinning elbow knockout in UFC history.

The emphatic victory put McCann, who is now 5-3 in the UFC, on a two-fight winning streak.

See the best of the reactions from the MMA community below:

That elbow was awful!

Meatball Molly is a monster #UFCLondon

That was a cold KO #UFCLondon

What woman is knocking other women out like @MeatballMolly

This is the best day of her life
Congrats @MeatballMolly #UFCLondon