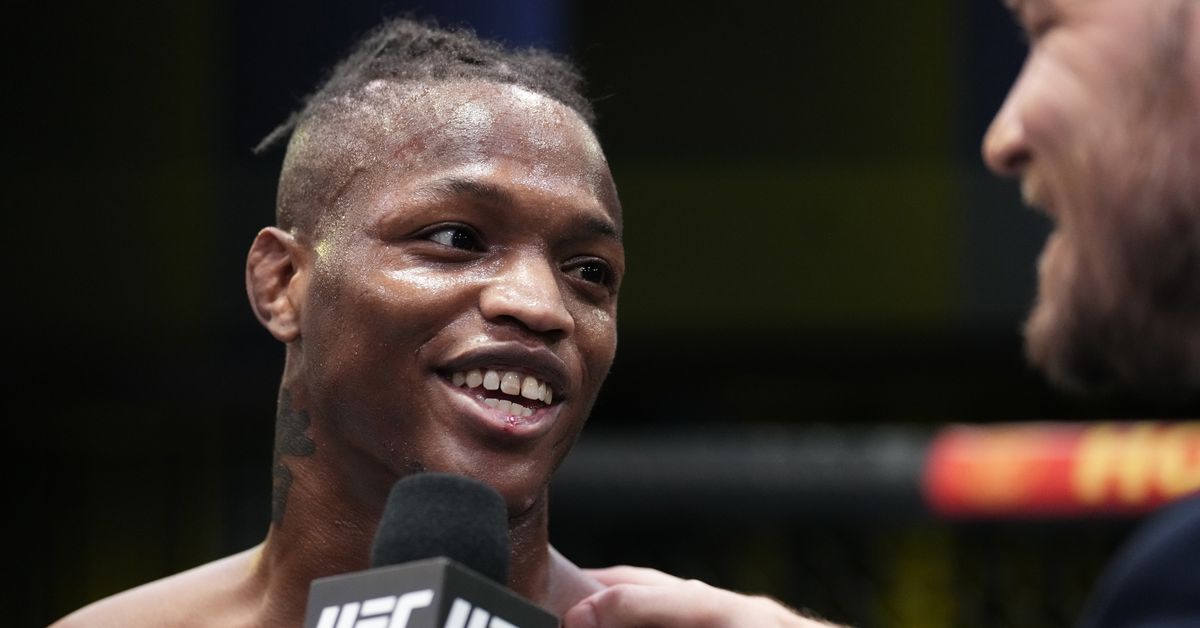 Terrance McKinney may jump onto the lightweight fast track if he’s able to pull off his second win over the past three weeks at Saturday’s UFC Vegas 50 event in Las Vegas.

Fresh off a first-round submission of Fares Ziam at UFC Vegas 49 in late February, McKinney is now scheduled to face Drew Dober at the March 12 card — a fight he accepted on short notice after Dober’s original opponent, Ricky Glenn, withdrew due to injury.

The fight presents a massive opportunity for the fast-rising McKinney. The 27-year-old prospect has already generated plenty of hype for his 2-0 start in the octagon, which kicked off in June 2021 with the fastest finish ever recorded by a UFC lightweight when McKinney knocked out Matt Frevola in just seven seconds in his promotional debut at UFC 263.

As it turns out, McKinney’s hot start — coupled with his eagerness to jump into the Dober fight on essentially one week’s notice — also landed him a bump up in pay.

McKinney said Monday that he had two fights left on his previous UFC contract, but was able to renegotiate a new and improved deal ahead of UFC Vegas 50.

“It was a no-brainer once I got hit with that one,” McKinney said with a smile.

Saturday’s matchup is a big one for McKinney, as an opponent with Dober’s pedigree offers a chance for him to shortcut the line into 155-pound contention.

Dober was riding an impressive 6-1 run and ranked in the bottom half of the UFC’s lightweight rankings prior to a recent two-fight slump against Islam Makhachev and Brad Riddell. Still, Dober’s only losses over the past five years have come against ranked contenders, and whether it was Nasrat Haqparast or Alexander Hernandez, he’s successfully fended off plenty of up-and-comers from using him as a stepping stone.

But McKinney is determined.

“My goal is to be top 10 in the world before the year ends, and I was like, yo, he’s pretty much top 15 in my eyes,” McKinney said. “And I was like, if I can come out here and make a statement against him, that’s gonna put me right on the mark toward where I want to head.

For McKinney, the opportunity against Dober is one he believes he “manifested” when he publicly volunteered to fight the veteran several months ago when Dober was initially looking for a bout. If so, it wouldn’t be the first time McKinney spoke a goal into existence.

“I used to always say I was going to be a state champ, but I sucked at wrestling. And we ended up getting it done two times,” McKinney said. “And then I said I was going to be in the UFC, told Herb Dean when I met him, and then he ended up [refereeing] me in the UFC. And I said I wanted to be an All-American at least once, and I ended up All-American at FILA nationals. Like I said, I’m continuing to see it happen.”

So what is McKinney’s next big goal he plans on manifesting?

“Next year,” McKinney vowed when asked for the timeline he’s eyeing.

“Without a shadow of a doubt. … At this rate, maybe even faster.

“I didn’t say it was just going to be handed it to me,” McKinney added. “That’s why you guys see me at the gym every day. You’ve got to go work, you’ve got to go get it.”