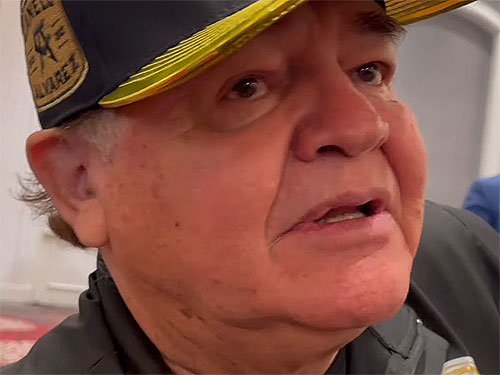 In a conversation, Reynoso Sr. expressed his opinion about today’s fight Canelo against the WBA super champion in light heavyweight (up to 79.4 kg) Russian Dmitry Bivol (19-0, 11 KOs). The specialist also commented on the possible fights of the “pound” leader against the unified heavyweight champion (over 90.7 kg) Ukrainian Alexander Usik (19-0, 13 KOs) and the unified middleweight champion (up to 72.6 kg) Kazakhstani Gennady Golovkin (42- 1-1, 37 KOs).

Tell me about the big Saturday fight between Canelo and Bivol.

“This is a dangerous fight. Dangerous because Bivol will fight at his weight. There is no doubt that he will enter the ring at 84 kg. He’s almost like a heavyweight. Bivol is a tall fighter, young, and for people who don’t know, he’s not beaten. He is a champion and doesn’t want to lose his belt. A victory over Canelo would mean the world for Bivol. There are many things that make Bivol dangerous. Bivol has an impressive amateur record, but we are very confident in Canelo’s skills to lead him to victory. Canelo has a lot of experience fighting tall fighters. Canelo needs to be 100% focused on the fight. Canelo has to adapt his style, as the rounds go on he has to fight his way and win.

What are your thoughts on Canelo wanting to become the undisputed light heavyweight champion?

Canelo said the same thing about super middleweight. These are Canelo’s own goals. And he did it. Expect anything from Canelo.

– In your opinion, what will surprise Dmitry Bivol the most?

“The way Canelo is smart, his body movements, like everything else. Canelo is a complete fighter who knows how to do everything. When Bivol fights Canelo, he will say, “Oh shit! Canelo is a real fighter.”

Is there any particular fighter you would like to see Canelo fight?

— I like Bivol because he is a good challenge. We’ll see what happens next.

Bivol will be almost 10kg heavier than Canelo in fight – Hearn

What are your thoughts on Canelo wanting to fight Usyk at heavyweight?

“You can expect anything from Canelo. Who knows? Only he knows. I don’t like it, but if he doesn’t mind, then go ahead. If he has faith that he can do it, then we must support him 100% in what he has decided.

Yes, but it’s all hard work. We are making history. He has been a pro for 17 years. More than 18 years ago he started with us. It’s no coincidence that Canelo is at this level, it’s hours and years of work. Quality work with discipline, work with responsibility. All of this is based on work. Seeing how far he’s come is no surprise to me. It is the result of many, many years of hard work.

What are your thoughts on the fight with Golovkin?

– First we have to go through Dmitry Bivol. Just let’s not run ahead of the locomotive. We live in the present.