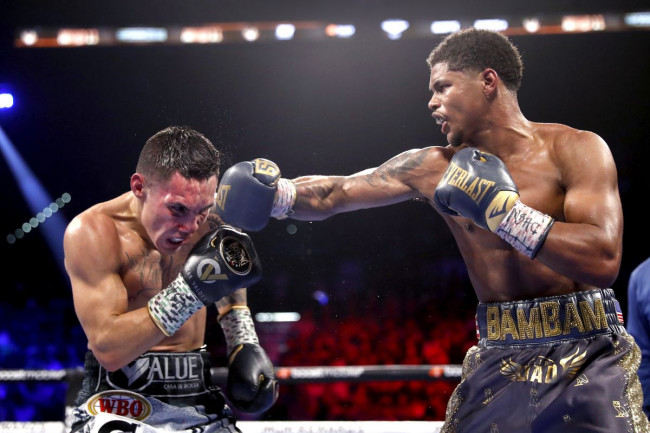 New to top 10 P4P rating according to WMMAA the unified second featherweight champion American Shakur Stevenson (18-0, 9 KOs) indicatively easily took away the WBC title and the title of division leader from the Mexican Oscar Valdez (30-1, 23 KOs), but after the fight he still paid tribute to his opponent and even scolded him a little fans.

“Valdez defended his featherweight title six times before moving up to the featherweight division and fighting the bigwig Miguel Berchelt there. He not only beat him, but also knocked him out brightly. So please stop discrediting him. Oscar is a hell of a fighter and a champion. When the time comes to hang up the gloves, he will go down in boxing history.”
writes Shakur.

“30 victories (including 23 early) in the absence of defeats, the conquest of two weight divisions. Six belt defenses. Oscar is one of those champions who take risky fights against the most talented athletes in the sport. Despite all the bullshit I said before the fight, you have to give him credit, because this dude has earned respect, including mine. And in the battle against me, he came out not to hit the number, but for the victory. I was just better. That’s it,” said the winner.

After the fight, Shakur was going to become an absolute at 59 kg, but not all fans and experts are happy with this decision – they believe that there is no standing opposition left there, they offer to rise higher.

For example, Mayweather voiced Stevenson’s potential rivals: Davis and Garcia are on the list. Meanwhile, Shakur himself is pleased with himself: “I beat Valdez, Canelo and Reynoso”, and “felt like a teenager in battle.”

We paid tribute to the young champion and included him in top 10 Р4Р: Stevenson bypassed Golovkin.