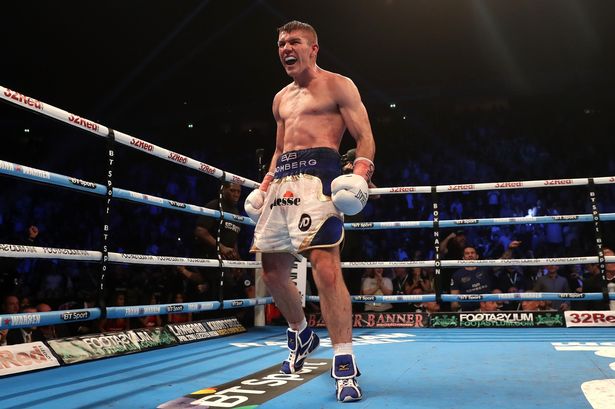 Madison Square Garden, New York, USA. In the second event of the evening, an entertaining match was arranged by the former champions of the first middle weight (up to 69.9 kg) congressman American Jesse Vargas (29-4-2, 11 KOs) and Liam Smith (31-3-1, 18 KOs) from Britain.

The guest traditionally slowly rolled into the duel. He hid behind a high block, slowly crushed. Vargas worked ahead of the curve, didn’t invest in punches, moved, constantly jabbed. But Smith’s advantage in power was felt: he was larger and easily threw an opponent off himself in clinches. The great Nonito Donaire himself worked in the corner of the American, cursing like a shoemaker.

In the 3rd round, Vargas hit Smith with a head near the left eye. He answered the same in the 4th three-minute period. The American tried to work as the first number, but was physically unable to push the opponent. Smith imposed his power boxing and gradually crushed the American.

To the equator, Vargas responded less and less, more and more often he defended himself, and at times frankly survived. Smith famously punched through the body, and in infighting he was a nightmare with uppercuts. In the 9th round, it was very close to an early stop – the referee was constantly nearby, but Vargas continued to answer. During the break, Donaire urged the ward not to go to the next three minutes. He didn’t listen.

In the 10th round, Smith nevertheless stopped the opponent – the referee intervened. Cool fight! Cool men!