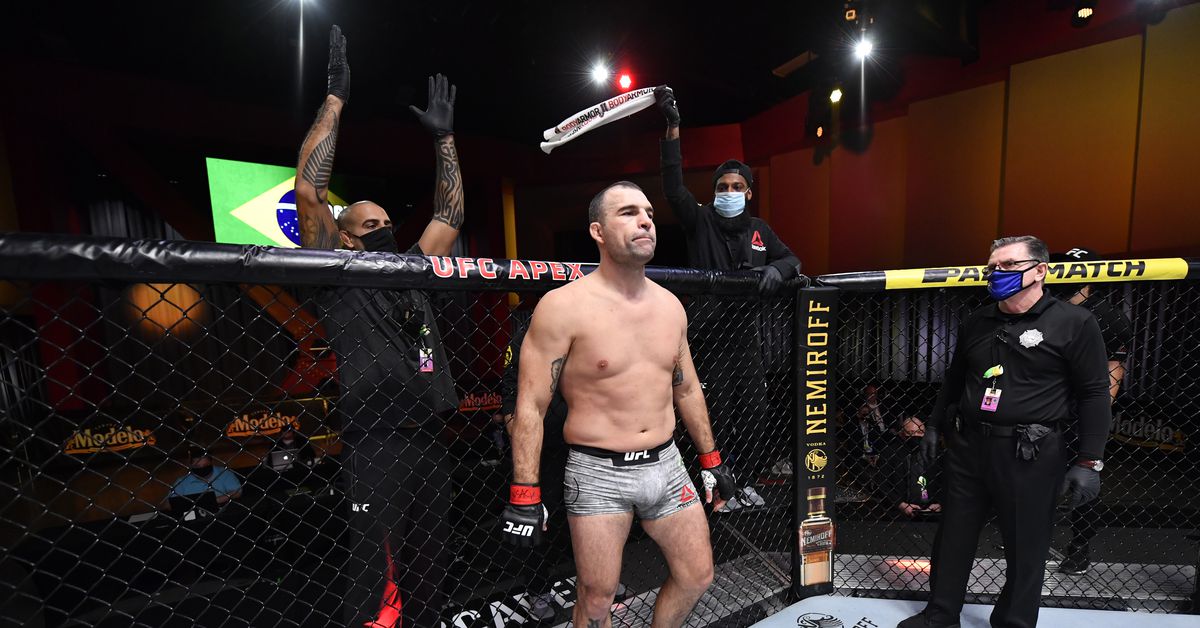 Mauricio Rua has a plan for the last two fights of his legendary career.

First up, “Shogun” fights Ovince Saint Preux on Saturday at UFC 275 in Phoenix, a rematch of their November 2014 meeting that Saint Preux win in shocking fashion via 34-second knockout. Win or lose, Rua expects to just one more time before hanging up the gloves for good.

Rua, 40, appeared on The MMA Hour on Wednesday ahead of his fight to explain why the time is right for him to walk away from competition.

“I put in my mind that I want to do this one plus one more,” Rua said. “Two last fights. This is what I am motivated by right now. This is what motivates me. I’m focusing on finishing and doing these last two fights the best I can.”

“I think this is the right moment,” Rua added when asked why two fights specifically. It was something I thought about and I believe that I might have regretted it if I retired earlier, like a while back. I’d keep thinking about it, and it would not be good for my health. It’s now the right time. Now I am at peace with my situation, have matured and can do the things that I want. So it’s the right moment.”

A glance at Rua’s recent results would not immediately indicate that he is on the brink of retiring. He lost his most recent fight to Paul Craig at UFC 255, but prior to that he’d gone 5-1-1 (including a split draw with Craig in their first fight) competing sporadically from 2015-2020. At UFC 198, he won a narrow split decision over Corey Anderson, who today sits at No. 2 at light heavyweight in MMA Fighting’s Global Rankings.

Rua & Saint Preux had been scheduled for a rematch at an event in Saitama (Japan) five years ago. However, Rua suffered a knee injury and was forced to pull out. Although he isn’t really looking for another chance at OSP, he is grateful to be getting it.

“It was the UFC’s idea, but we liked it,” Rua said. “So we kind of accepted gladly and thank God it worked out.”

“I know it’s a tough fight but I know that I can overcome that result. This is an additional motivation .”

If all goes well, Rua aims to have the final fight of his 20-year career before 2022 is over. Saturday marks Rua’s first fight since November 2020, but he said that he is in good health at the moment and hopes that he’ll be able to compete again not long after UFC 274.

“I hope so, but I know it’s something I don’t have complete control of,” Rua said. “So we’ll see, I hope to have no injuries so I’ll be able to fight again this year.”

Rua did not express any preference about where his final fight would be. However, he expressed fondness for Japan, which was the country that made him a superstar with PRIDE. Rua, along with Quinton Jackson and Fedor Emelianenko as well as Mirko Cro Cop, Takanori Goji, Takanori Tomi and Quinton Jackson established a reputation for excellence in combat sports that’s still being talked about today.

Rua thinks it was just a matter timing that Rua has outlasted his peers.

“The biggest obstacle I had in my career obviously were my injuries, but I was able to overcome them one way or another to treat them and to find ways and overcome them,” he continued. “Then I think what carried me through was my dreams and goals. Now my goal is to make the best of these two last fights and this is what keeps driving me so I always had goals and dreams that I would focus on and carry out.”