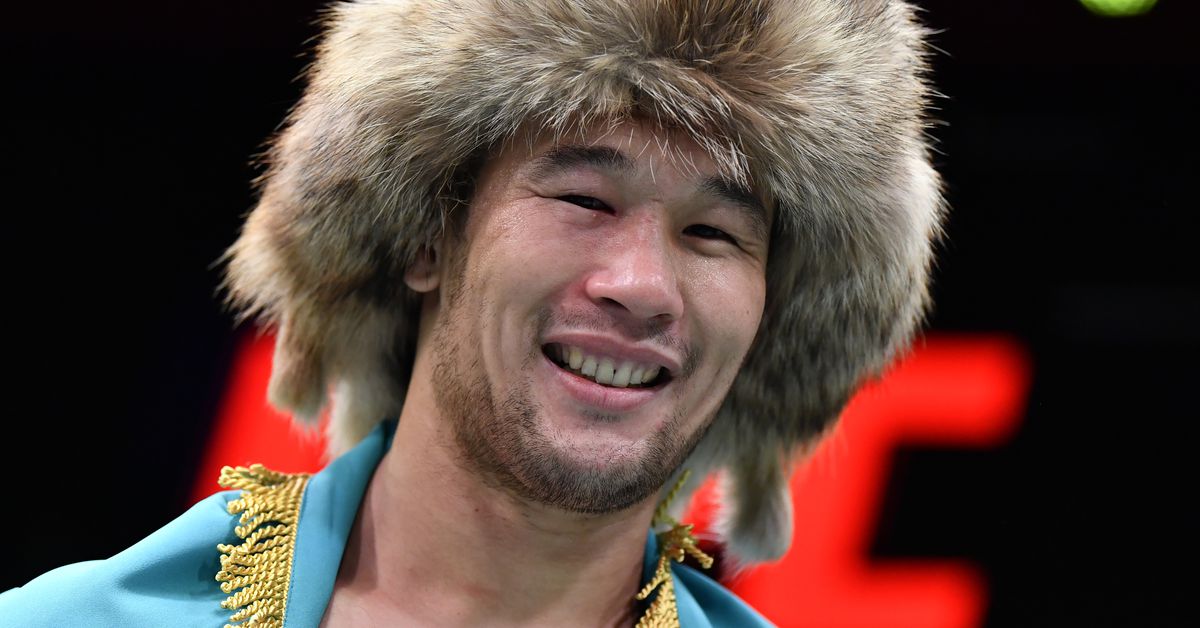 Shavkat Rahkmonov is the first Kazakhstani citizen to be signed to the UFC, and as such, he’s proud to represent his country, from his performances down to his headwear.

Rahkmonov just scored his third victory in the UFC. He knocked out Carlston Harris using a spinning hook kick with follow-up ground-and-pound. After the win, Rahkmonov donned his usual wolf-skin hat for his post-fight interview, and with “Nomad” seemingly set to be a fixture in the UFC welterweight division moving forwards, it’s time we learned more about Rahkmonov’s unique headgear.

“It’s a traditional Kazakh headdress that our ancestors used to wear during the wintertimes to keep themselves warm,” Rahkmonov explained on The MMA Hour. “Myself, I feel like it’s a very beautiful headdress, and wearing it, I get to represent my roots, represent my culture and tradition. This headdress was traditionally made from fox or wolf skin.

The headdress immediately brings back memories of Khabib Nurmagomedov, the former lightweight champion. If Rahkmonov keeps going like he has, then his headdress could become a landmark.

The 27-year old Kazakh fighter is now 15-0 in his MMA career, with all of his wins coming by way of stoppage, and his 3-0 run in the UFC has catapulted the former M-1 welterweight champion into the top 15 of the UFC rankings. Every time he competes, Rahkmonov is breaking new ground for Kazakh fighters, and it’s a role he’s proud to carry on.

” I’m proud to have been the first Kazakhstani fighter signed with the UFC,” Rahkmonov stated. “I’m also happy to one of the first [Kazakhstani] male fighters to get a win in the UFC, and I’m also the first fighter to crack the top-15 from Kazakhstan. So I really take pride in that and I’m happy that I can make my team and my countrymen proud.”