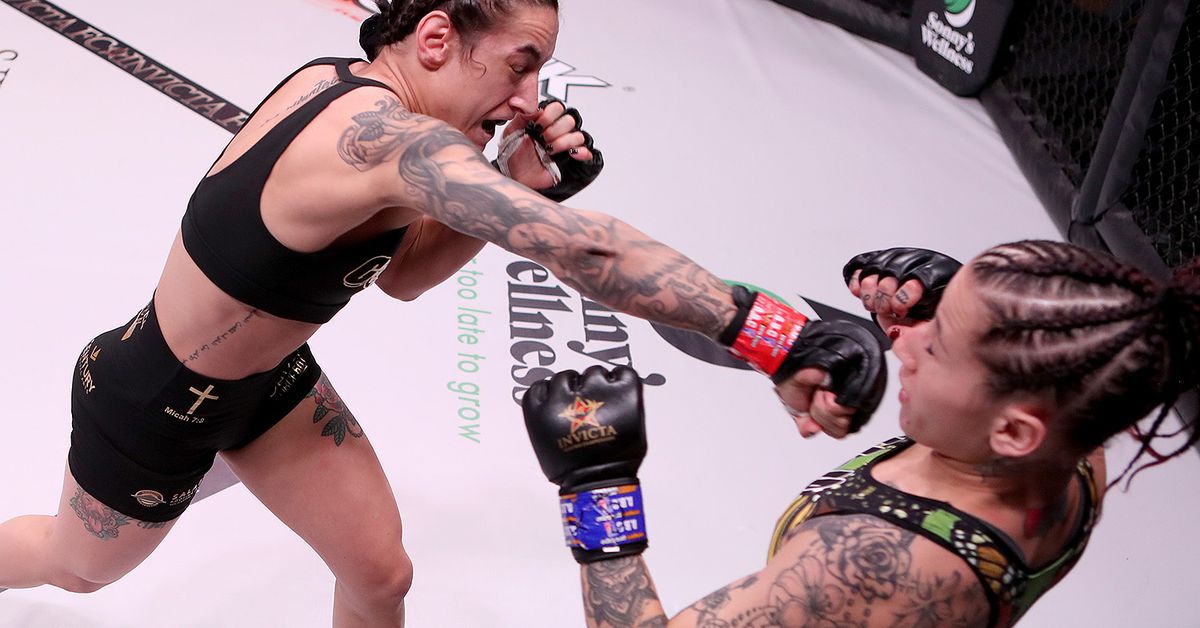 When it comes to open scoring in MMA, Invicta FC President Shannon Knapp believes there’s no debate about its effectiveness.

For the past two years, the all-women’s MMA promotion has embraced open scoring through the Kansas Athletic Commission, and Knapp couldn’t possibly be happier with the results.

” I have to say that we’ve had only positive feedback,” Knapp stated on The MMA Hour. “Everybody loves it. Even as a coach, I don’t know how you wouldn’t love it. Whether you tell your athlete where they’re at, or how you motivate them, or what you say to them, knowledge is king. Knowledge is power. If I’m doing a job and someone can give me tools to be more successful at what I’m doing, I want those tools.

” I think the more important question is why would you not want an athlete to have it? Does it fix everything? It doesn’t. It doesn’t. I don’t think anybody on my team or the commission here [in Kansas] has ever said that it will replace judging or make it better or do any of those things — what it’s doing really is giving the athlete more tools in their arsenal to have more control over the outcome of their fight.”

Since implementing open scoring for Invicta’s events, Knapp says the response has been overwhelmingly positive, especially when it comes to the coaches working for each individual fighter.

According to Knapp, every athlete is given the option to know the score between rounds, and while a few fighters have declined that option, the coaches are a much different story.

” We’ve heard people say that they don’t need to know, but their coach wants it,” Knapp explained. It’s a powerful tool that the coach can use. Whether he or she is saying you’re down, you’re up or whatever, he or she knows what to say to that athlete to help motivate or help them change up the game plan if they’re not being successful.

Knapp refuted the claim that open scoring could allow some athletes to win by coasting to victory, if they knew that their opponent was unlikely to win. She has not witnessed open scoring become an issue in two years of fighting. This is especially true when the opponent down on the scorecards knows what it takes to win.

“We haven’t seen that. Actually, we’ve seen it the other way. We’ve seen it motivate. It has pushed for greater action. Now I’m a little biased, but I feel like our athletes always come to fight and they put on great performances, but with the open scoring, we haven’t had those problems that people talk about.”

While Invicta FC continues to embrace open scoring, Knapp sadly doesn’t expect other organizations to actually try it out even on an experimental basis. She believes open scoring is a positive for fighters and it’s not the main concern of many promotion in combat sports.

“I’m not trying to make a negative statement or disrespectful but I sometimes don’t know whether the athlete is the main [in other organizations],” Knapp stated. It has always been for me. It’s something that I can bring in another piece of the puzzle to make it better and that should be everybody’s priority. If you don’t have athletes, fights are not possible.

“It’s our responsibility, I don’t like to be called a promoter, I don’t like the company I keep sometimes under that title, but the truth is that it’s my responsibility to make sure that my athletes are successful at whatever that may be or I’m giving them the resources that they need to do their job and do it effectively.”