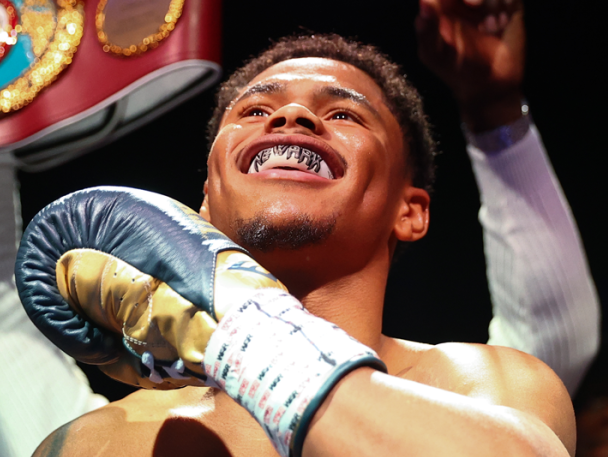 The newly-made unified champion of the second featherweight (up to 59 kg) according to the WBC and WBO versions, American Shakur Stevenson (18-0, 9 KOs) commented on the victory over the Mexican Oscar Valdez (30-1, 23 KOs) as part of the last night of boxing in Las Vegas (USA).

Shakur believes that his success has dealt a blow to the entire opposing team, including coach Eddie Reynoso and the main star of their hall, Canelo Alvarez.

“The main thing is victory, victory is everything. I told you what I’m going to do. I said I would beat Valdes, Canelo and Eddie Reynoso. That was my game plan – to beat their whole team, and now, having done this, I feel great. Big respect to them, but that was my game plan,” Stevenson said.

“I want to collect all the titles at 59 kg and become the absolute champion. I deserve to be a superstar so here’s what I have to do,” added the winner.

Shakur Stevenson – Oscar Valdes. Video of the best moments of the fight