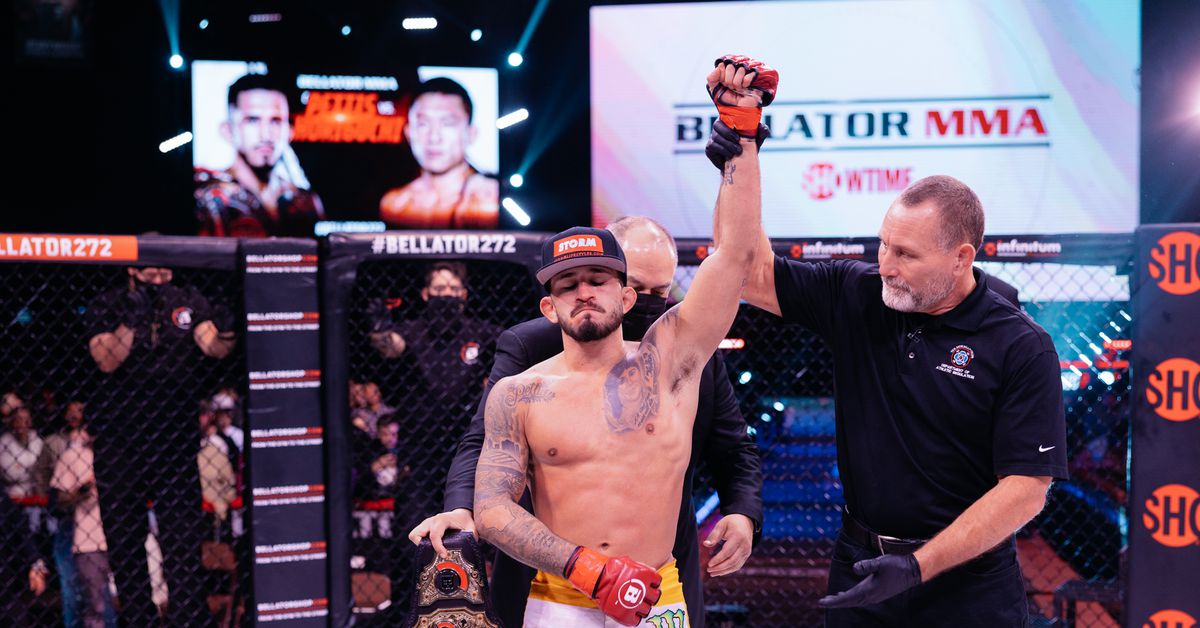 Bellator champion Sergio Pettis won’t be competing in the next grand prix.

Promotive officials informed MMA Fighting Tuesday that Pettis was unable to compete due to an undisclosed condition. Pettis was scheduled to defend his title against Raufeon Stots at Bellator 279 in the opening round, but now Juan Archuleta will step in to face Stots for an interim 135-pound title at the April 23 event in Hawaii. CBS Sports reported the changes first.

As of right now, Pettis’ replacement in the field is not known. The winner of the grand prix will not only have the interim bantamweight championship, but the $1 million prize — which will be in addition to the competitor’s normal fight purses throughout the tournament.

Pettis posted on Facebook Tuesday morning, revealing that his injury would require surgery. He will be out of work for 6 to 9 months.

The injury to Pettis comes in the middle of arguably the best run of his career. The “Phenom”, who has now won five consecutive fights, also defeated Archuleta to win his first title at Bellator 258 in May. The eighth-ranked fighter in MMA Fighting’s Global Rankings capped off 2021 with one of the most vicious knockouts of the year, delivering a spinning back fist to Kyoji Horiguchi at Bellator 272 in December.

Along with bout between Archuleta and Stots, Cris Cyborg will defend her featherweight title against Arlene Blencowe at Bellator 279, while Horiguchi will meet Patchy Mix in a second first-round matchup.