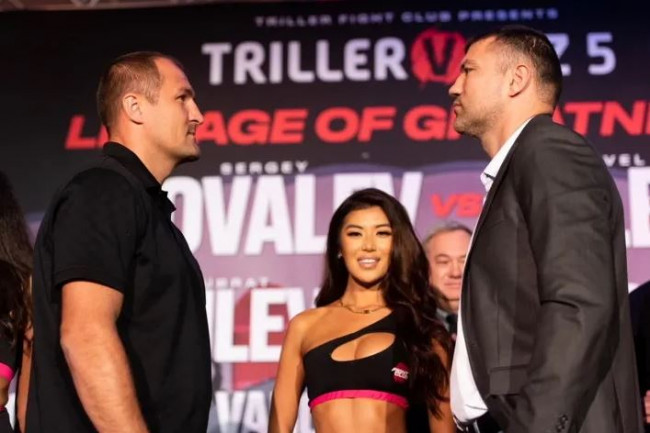 Former unified world champion veteran from Russia Sergey Kovalev (34-4, 29 KOs) will resume his career after a long downtime and make his debut in the cruiserweight limit – May 14 at the arena The Kia Forum in Inglewood (California, USA) he will fight with the Olympic medalist from Bulgaria Tervel Pulev (16-0, 13 KOs).

Earlier, Kovalev even managed to announce a fight in a contractual weight with Fanlong Meng from China, but later the opponent changed.
Veteran tells: “Manager Egis Klimas called me and said: “You have a new opponent. This is Pulev.” And I answer him: “Pulev? He’s a heavyweight!” And Klimas is like this to me: “No, this is not that Pulev. He has a cruiser brother.” I answer: “Well, OK. Then let’s go!” What’s the difference to me? Is that the fact that at first he was preparing for a left-hander. That’s all”.

The last time Kovalev boxed was in November 2019 – he lost the WBO light heavyweight belt by knockout to the Mexican Canelo Alvarez.

A veteran about how such a solid downtime will affect him: “There are two sides of the coin. On the one hand, simple always affects. On the other hand, it was time to rest and lick the wounds. It was like a rebirth. The first two weeks of sparring were terrible. Couldn’t hit opponents (laughs). Felt heavy and slow. But then I lost weight, the technique began to return. By battle, even traces of rust will no longer be noticeable.

Kovalev claims that he practically does not study his rivals: “It’s true. I have enough to watch 1-2 rounds. Just to understand at what distance he works, what style he prefers. After that, you can start preparing. All this – tactics, technique – on my coach Buddy McGirt. We have set ourselves a goal. We want to take the cruiserweight title. I want to be world champion for the fourth time.”

Earlier, the veteran voiced his main motivation in boxing and named the main reason for the defeat of Andre Ward. The Russian claims: “The Hall of Fame is not my goal, but …”