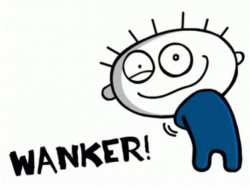 According to legend, Mike Tyson abstained from sex for five years at the beginning of his career, and Muhammad Ali – up to a year, fearing that this would negatively affect his performances.

Fury had his own point of view on this – and until recently, the Briton, according to him, rubbed calluses recklessly in a frenzy. But not at this time.

In conversation with
Barstool Sports the champion said: “As you know, I masturbated seven times a day to get strength. This time I’m chaste. I’ve been celibate for a few weeks now. I’m trying a new method. I’ll go to battle with a loaded gun. Someone is in serious trouble! I’ll be on testosterone to the eyeballs. Seven weeks of trials, kamon!”

Yesterday, Tyson invited Usyk to suck on a lollipop and said he knew his secret.

Tyson Fury – Derek Chisora ​​3: where to watch the fight on December 3, when the broadcast starts