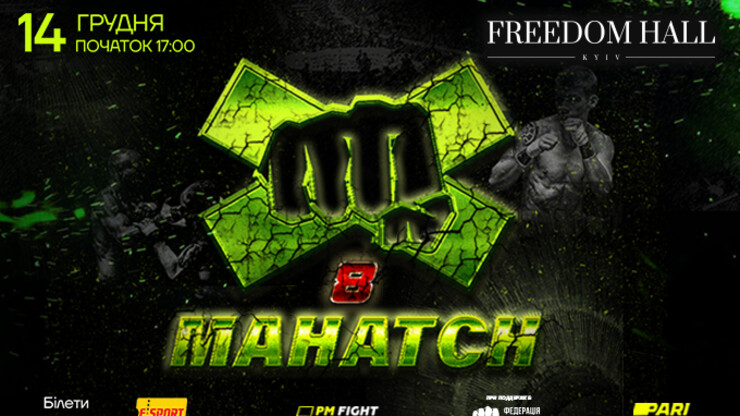 The long-awaited tournament is approaching and will take place very soon – on Tuesday, December 14th. Fighting starts at 17:00. The event will be held with the support of the official partner Parimatch Ukraine.

This winter’s main tournament will take place at FREEDOM HALL. Everyone will have the opportunity to once again feel the atmosphere that cannot be conveyed through the releases on the YouTube channel! Tickets are on sale now: https://esport.in.ua/uk/event-mahatch–granpri-69248-132670.html

The new season will not leave anyone indifferent! The organization is confidently ready to end this year with the brightest event in the martial arts industry.

In the main fight of the evening, the audience is waiting for the duel of the well-known and invincible king of knockouts, a fighter who delivers killer blows with both hands and has the highest record in fisticuffs – Gadzhi “Automatic” Navruzov against the owner of one of the heaviest punches in “MAHATCH”, a basic boxer. Andriy Movchan, a multiple winner of the championships of Ukraine, a member of the Ukrainian youth boxing team and a candidate for master of sports in boxing.

In addition, this evening everyone is waiting for tough and bloody fights within the Grand Prix, the first confrontation between TOPDOG and MAHATCH on the Ukrainian site, as well as high-profile clashes of stars in the maincard that you have been waiting for so long!