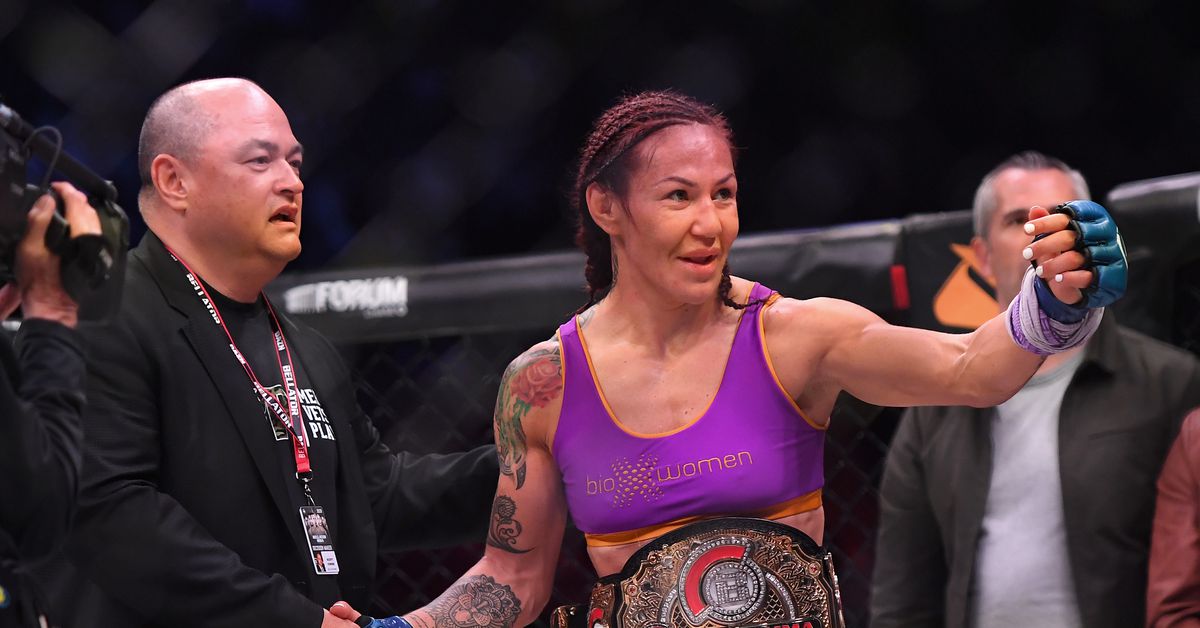 Bellator President Scott Coker would be open to discussing a potential cross-promotional event with the PFL to give fans a fight between Cris Cyborg and Kayla Harrison, though he isn’t so far a fan of how the PFL has gone about trying to put it together.

Coker is in Honolulu, ahead of the weekend’s Bellator 278, and Bellator 279 Events. He was asked questions about the PFL, CEO Peter Murray issuing a challenge via social media, and whether Bellator is interested in the matter.

“I’m not sure and, just to be honest, I have not heard from them at all. Nothing,” said Coker, who oversees Bellator 279 featuring Cyborg vs. Arlene Blencowe. “I know they have my number, so I don’t understand. They’re doing a lot of social [media] chattering and trying to create a story. Cris, to me, is the best female fighter ever, and she fights in Bellator. Kayla Harrison is a great, great fighter, she’s proven that. Kayla Harrison could become one of the greatest fighters in history, but first she must continue to improve and fight other people. It will take her years to achieve this.

“But, to me, we will see. But, I am confused about what they are saying and doing because I haven’t heard anything from anyone. If these social attacks are their way of doing business then I don’t do business like that. Give me a call. That’s how we do business.”

Coker, Bellator have a history of working together with other promotions. This includes putting on events with RIZIN FF. The two companies plan to do the same thing in 2022.. MMA Fighting was also informed by the president of Bellator that there are discussions about potential Bellator fighters participating in Eagle FC. Eagle FC is promoted and managed by Khabib Nurmagomedov, a former UFC lightweight champion.

But for Bellator to work with the PFL and put on one of the biggest MMA fights that can be made, Coker is open to communication and a sit down. Coker is not interested in a sparring match on social media.

“There would be a lot of things to work out,” Coker said. “We’ve talked about sending some fighters to Khabib’s league, and [RIZIN president] Sakakibara and I will sit down and start talking about December for the end of the year. We’re open to the idea, but both parties must see it as a mutually beneficial move.

” There are many questions. Not only is it who pays for what, but who owns what? How do the rights work after? There are so many details involved in these types of co-promotions that I don’t know if we can come up with a deal. But if we can, it’s something that’s worth at least a conversation but, like I said, doing business on social networks, trying to take shots at us, that’s kid’s play.

“This is a real business. This is a real company, and we’re in the business of putting fights together so pick up a phone, give me a call if you want to do something. That’s how I feel.”