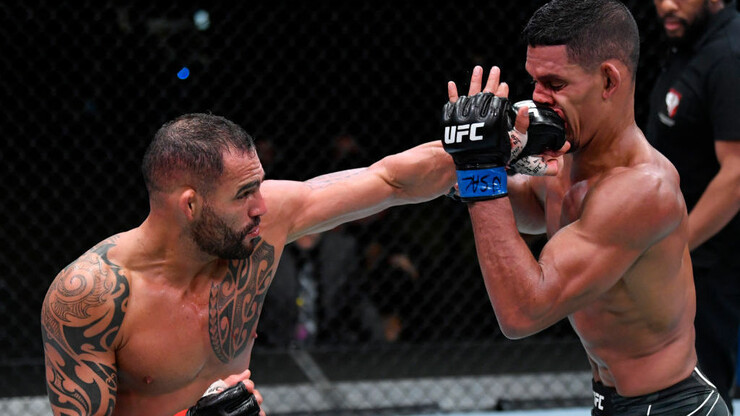 Watch the video of the best fight UFC Fight Night 189

On the night of June 5-6 in the city of Enterprise, Nevada, the UFC Fight Night 189 tournament took place.

The best fight of the tournament was the duel between Santiago Ponzinibbio and Miguel Baez, which ended with the victory of the Argentine fighter – 29-28, 29-28, 29-28.

Note that in the main fight Jairzinho Rozenstruik knocked out Augusto Sakai.