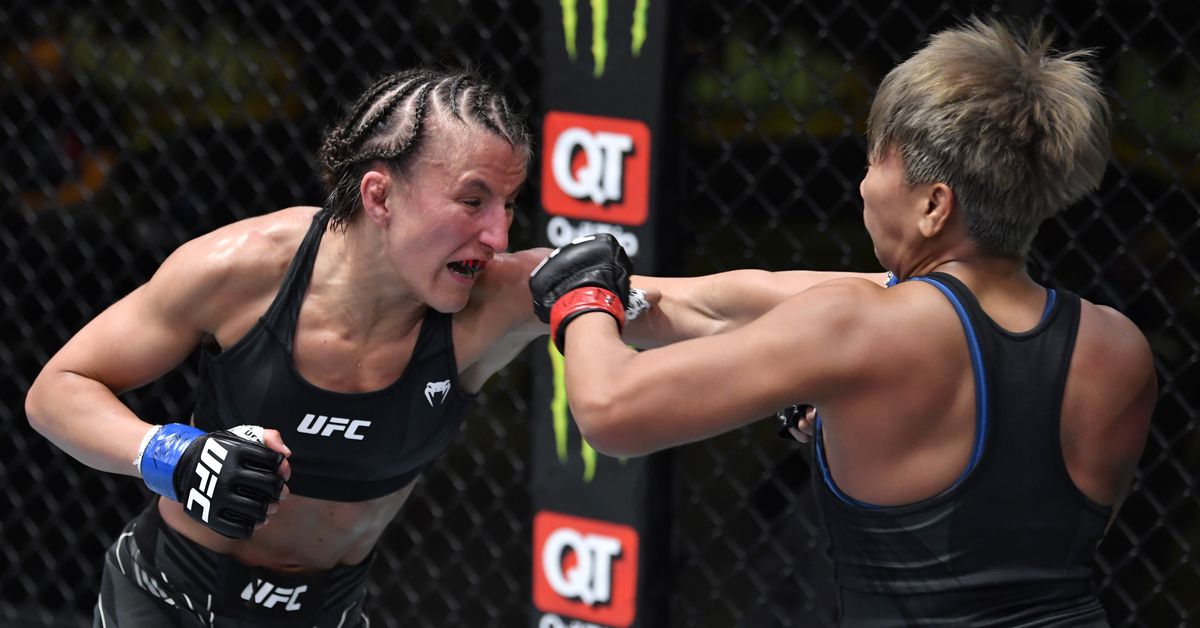 Sam Hughes will meet Istela nunes at UFC’s April 16 Fight Night. Both athletes have confirmed this via social media after a report by Dama de Ferro ..

A former LFA strawweight title contender, Hughes (5-4) is 0-3 under the UFC banner with defeats against Tecia Torres, Loma Lookboonmee and Luana Pinheiro. “Sampage”, who scored finish in four out of five MMA victories, also had a trio first-round submissions.

Nunes (6-2, 1 no-contest), who once competed for the ONE strawweight gold, was stopped by Ariane Carnelossi in her UFC debut this past October after serving a two-year USADA suspension. Nunes defeated Japanese veteran Mei Yamaguchi prior to joining the UFC.

The Fight Night card is headlined by a rematch between Vicente Luque and Belal Muhammad in a yet-to-be-announced location. The lineup also a features a middleweight showdown between Uriah Hall and rising jiu-jitsu specialist Andre Muniz.