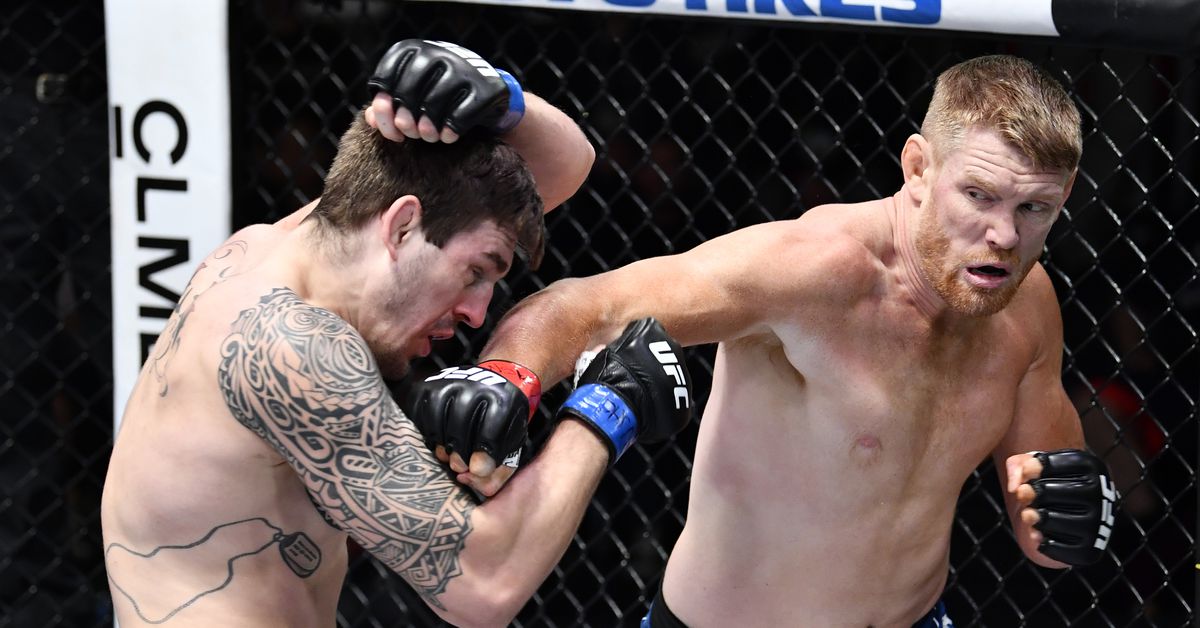 Sam Alvey says he is not ready to call it a career just yet in an emotional post-fight statement over the weekend.

Alvey was submitted in the second round by short notice opponent Brendan Allen this past Saturday at UFC Vegas 47 to extend his UFC winless streak to eight fights, tying the longest streak in promotional history with former champ B.J. Penn.

It’s been nearly four years since the the 35-year-old has tasted victory inside the octagon, and while his place in the record books is quite dubious, Alvey is still trying to remain positive and seek the changes he needs to get back in the win column.

“I’m fresh off of my UFC fight and, as I’m sure a lot of you saw, I didn’t get it done,” Alvey said on his Instagram. “I’ve lost a step. Something needs to change and I’m gonna make the corrections. Fighting is my passion. God blessed me with this passion. I raise God’s name on high and I would not have the career I’ve had without him. I really have had a good career, I’ve had a long career, I’ve had… that was my 23rd fight in the UFC. I’ve had the career that people dream of.

“I’m not done fighting, but I know I need to take a little bit of a hiatus. You can find me on YouTube. I’m here to encourage you and to coach. If you guys have questions, if you want to learn from me, if you want to teach me, follow me there. Keep pushing because I want others to win and want to win again .”

Alvey’s most recent win took place in June 2018 via split decision to Gian Villante. That victory was the third in four appearances, which also included a decision win over Rashad Evans and a first-round KO of Marcin Prachnio.