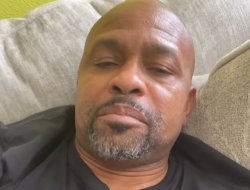 Legendary champion, now coach Roy Jones Jr. will only work with British heavyweight Anthony Joshua (24-3, 22 KOs) if he becomes the head coach of the team. Writes about it
british boxing news.

“He and I decided to find time to go to the gym together, see if we have “chemistry”. And if we have it, we move forward. If not, he continues to look for another coach, ”Roy said and specified that he would come to England in December.

Jones says that Joshua “still has a lot to do in his career”, claims that he will again become a champion “if I get it, because what comes with me is not only inside the ring, but also outside the ring.”

“Let’s see. We may not be able to work. I will help him if I can, and if I cannot, I will go my own way. Eubank was great: Chris came in wanting to learn and realized I could teach him a thing or two. He became a very humble student, learned a lot and became a better fighter.

Jones on why Joshua made the decision to leave Garcia

The 53-year-old former world champion in four weight classes says he will have to become a head coach and select his own assistants.

“He already has a team that may not accept other people’s knowledge. Chris didn’t have a team, so it’s a different story with him. I won’t be the side guy, no no If I’m the head coach, then I’ll go, prepare him, and if not, then I won’t go, ”everything is simple with Roy.

Meanwhile, the ex-contender turned to the heavyweight because of Jones – “do you really want to go through all this again?”, And former sparring Joshua is simply shocked by this choice.

Top 4 fighter of the planet from Roy Jones: Usyk is not the first