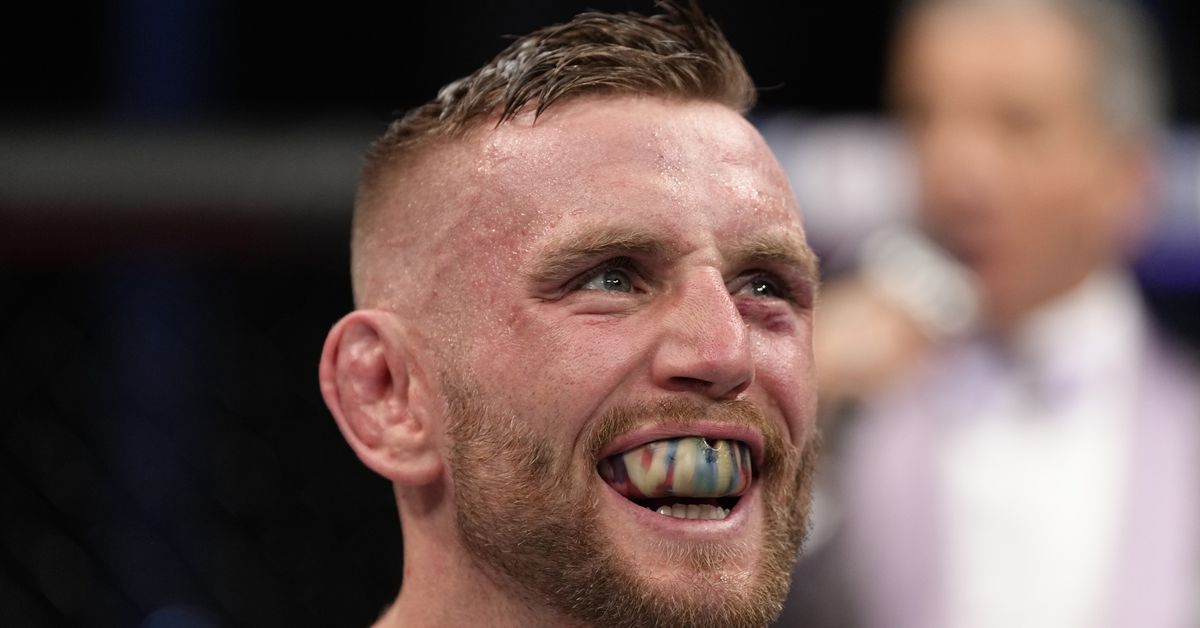 Tim Elliott cheated at UFC 272. This isn’t an accusation, this is a fact. One that has been corroborated by the fighter himself.

Here’s another fact: Tim Elliott won at UFC 272 and did so against a previously undefeated opponent in Tagir Ulanbekov, who was a 2-to-1 favorite on most betting sites. The fight came down to a close decision that went in Elliott’s favor, and it’s not a stretch at all to say that every corner Elliott cut played a part in his victory.

Elliott avoided a losing streak, has now won three of his past four fights, and most importantly, he went home with two checks that night instead of one. Did the end justify the means? If so, can more fighters take Elliott’s advice?

MMA Fighting’s Alexander K. Lee and Jed Meshew debate the merits of Elliott’s tactics, how rule-breaking is handled in MMA, and whether or not cheating should affect how you view your favorite fighters.

Agree? Disagree? Are you a disagreeable?

Lee: Full disclosure, on the night in question I may have been *ahem* less than critical of Mr. Elliott’s tactics.

And yes, Mr. Meshew and I have been known to regularly espouse the virtues of rule circumvention in our own dark corner of the MMA landscape, Missed Fists.

But we’ve got to draw a line somewhere, right? It’s not all on the fighters to do this either.

Stop me if you’ve heard this one before: A stray finger finds its way into a fighter’s eye, or a knee flies up into a cup, or a glove just happens to be held while the other fighter continues to throw punches. It’s all accidental. The referee steps in to pause the action, giving the victimized fighter a much-needed reprieve while the offending fighter gets … a stern talking-to?

It’s usually a warning. A second warning is issued. Like, “Quit it, I mean it this time!” Meanwhile, one fighter has to deal with blurred vision or jelly legs for the next 10 minutes. All the while, not a single point is taken away, and when the judges’ scorecards are read out, those warnings have zero impact on the math. This argument is why fighters should not be discouraged from cheating. There’s no reason they shouldn’t, particularly when you have all the options and your back against the wall.

So my appeal is to officials that they pay attention to the rules and make these sanctions mean something. Two fighters throwing kicks at the same time get a high shot. By all means, just a warning. One fighter who has his fingers extended indefinitely like Aquaman’s troident may catch an eyeball. That’s the point. While I recognize that officiating is subjective, it can be a difficult job. However, there are some guidelines to assist you. These guidelines are helpful!

The fighters are free to go full Thunderdome against each other, although there is nothing that will stop them. Although I respect Elliott’s tactics, my concern is that we could end up accepting that cheating is allowed because referees don’t enforce the rules. This would lead to an arms race that shifts the emphasis to what is permissible and making this a zero-sum game. Although it is exaggerated, extreme weight reduction follows a similar pattern and may remain so in MMA for the rest of our lives.

I get it, it’s fun to see the Tim Elliotts of the world overcome the odds through sheer grit and determination and resourcefulness. Let’s also just be honest about what we’re seeing when a fighter chooses to cheat, which is creating an imbalance in what was understood to be an even playing field. MMA allows the public to fight in any form they choose. Do we need to extend it’s boundaries?

Referees and fighters as well as fans and media have long accepted MMA as it is. That’s okay. We don’t have to give up on being better.

Meshew: As the old adage goes, “If you ain’t cheating, you ain’t trying,” and there are A LOT of MMA fighters who need to start trying a little harder.

*It is unbelievable that we have this conversation. It is obvious that you should cheat. Cheat your ass off. Cheat all the time, every time. Why wouldn’t you? You won’t be stopped by referees. Referees are not going to stop you. What about a fighter being DQ’d. Practically, zero percent. This is simply not possible. So since it’s not penalized, fighters are inherently incentivized to cheat. Although rules may be enforced and they might rule the fight, they don’t have to be followed.

Why would you not cheat again? Honor? We’re not talking about humanitarian awards. This is prizefighting. While honor may make you feel good inside, it won’t pay your bills. It’s not as if most MMA fighters are doing so well financially that they can afford to punt on half their paychecks. MMA fighters only have a limited window of opportunity to earn money. They need to be as efficient and profitable as possible during this time. Besides, when you “cheat” and win, it’s not cheating — it’s veteran savvy. Just ask Tim Elliott.

You should never accuse a fighter of “cheating” during a fight. The fact that we functionally have an unwritten rule that says fighters are allowed to break the rules without consequence is an indictment on the officiating of MMA and no one else. It is rare that someone would do something against the rules in any other sport. The official will recognize it and say, “Whatever!” That’s absolutely insane. Imagine what it would be like if the NFL and NBA were to do that.

Personal Foul: Jalen Ramsey ripped Ja’Marr Chase’s helmet off, but we gave him a talking-to using our mean voice so we’re all good now.

There would be riots.

*MMA referees must be willing to penalize the fighters for their first offense. Fighting is going to continue until they do so. I’ve always found it poetic that when a fighter grabs the fence, often the referee hits the offending hand away while giving a warning that is never followed up on. It’s a perfect symbol for cheating in MMA: Blatant disregard for the rules met with a literal slap on the wrist. This is not likely to change, so fighters need to continue “trying” hard as possible.