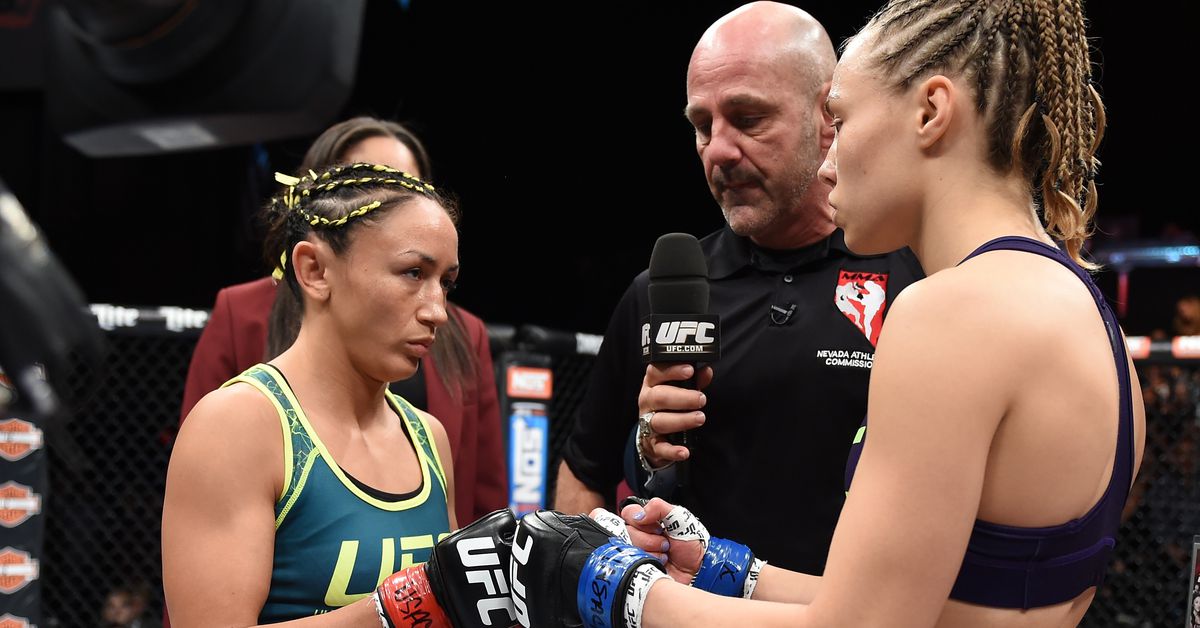 Carla Esparza will finally get her title shot.

The long-discussed rematch between Esparza and UFC strawweight champion Rose Namajunas has been set for May 7 as the co-main event of UFC 274. MMA Fighting confirmed the news Wednesday following an initial report by Sports Illustrated.

Namajunas (11-4) and Esparza (18-6) fought once before in the first-ever UFC strawweight title fight in December 2014. The two women were the finalists of The Ultimate Fighter 20’s tournament, a season designed to introduce the 115-pound weight class to the UFC’s ranks, with “The Cookie Monster” ultimately defeating Namajunas via third-round rear-naked choke in an upset to capture the promotion’s inaugural strawweight belt.

Namajunas rebounded by quickly establishing herself as one of the best 115-pound fighters in the world. After her defeat to Esparza in the first round, “Thug rose” now holds two UFC strawweight titles. Her latest began in 2021 with a 78-second head kick knockout of Zhang Weili at UFC 261, followed by a split decision over Weili in the rematch.

Esparza, meanwhile, has had an up-and-down road since dropping her title to Joanna Jedrzejczyk in 2015, however she enters UFC 274 riding the best winning streak of her UFC career. Invicta FC former champion Esparza has now won five straight fights. These victories were highlighted by wins over Yan Xiaonan and Marina Rodriguez as well as Michelle Waterson. Esparza currently holds the No. 3 ranked strawweight in the world in MMA Fighting’s Global Rankings.

UFC 274. The event is headlined by a lightweight title bout between UFC champion Charles Oliveira and Justin Gaethje.