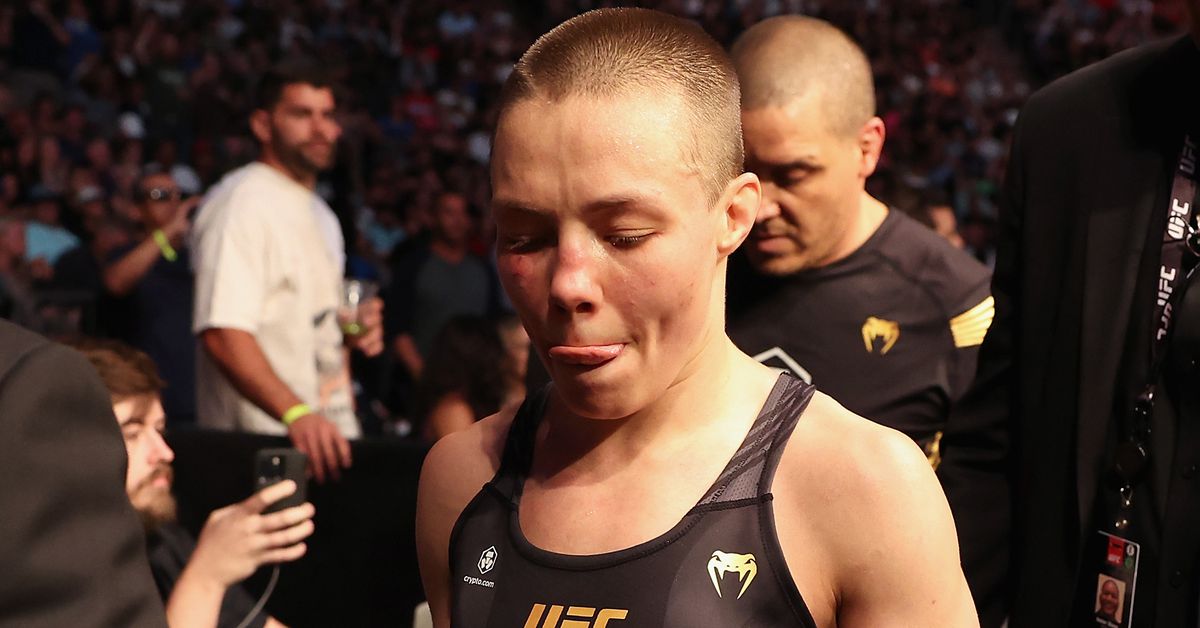 Former UFC strawweight champ Rose Namajunas released a statement about her UFC 274 loss to Carla Esparza, apologizing for the lackluster fight and vowing to come back better.

“Sorry to everyone I f***** up,” Namajunas wrote on Instagram less than 24 hours after a split-call loss to Esparza that marked her second setback against The Ultimate Fighter 20 winner and the end of her second reign as the 115-pound champ. “Definitely feel like a s***** human being but this will make me a better [fighter] hats off to Carla and thanks to everyone who’s been there for me.”

Namajunas was visibly shocked by the scorecards of 49-46 and 48-47 in Esparza’s favor in a fight that produced just 68 attempted strikes total over five rounds. She tried to not be upset about the outcome, but she also questioned how Esparza was able to do enough strikes to win. Esparza did the same in her post-fight press conference and indicated Namajunas had avoided a fight.

The loss snapped a three-fight winning streak for Namajunas that included a pair of wins over Zhang Weili and a win over Jessica Andrade to avenge a knockout loss that ended her first title reign.

Joanna Jedrzejczyk was the woman Namajunas beat twice to win this title. She immediately intervened to comfort her rival.

” Don’t feel sorry Champ You don’t have to,” wrote Jedrzejczyk, who’s scheduled to rematch Weili at UFC 275. It’s tough to be in this business. Take some time to rest. !”

Esparza is yet to face her next opponent. UFC President Dana White seemed to exclude a rematch against Namajunas. The new champ’s immediate plans are to walk down the aisle for a wedding she planned in training camp.