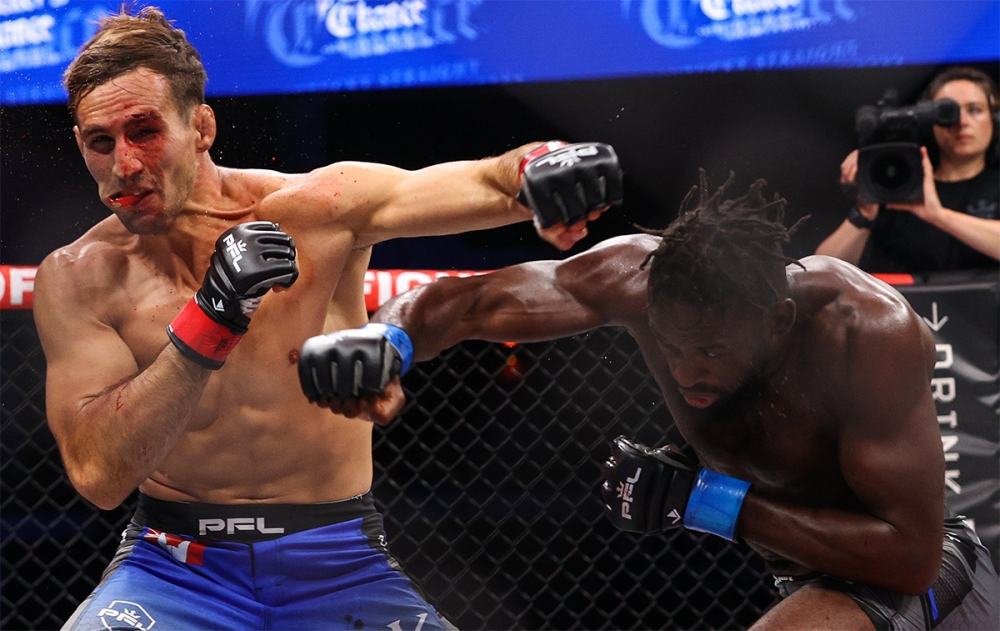 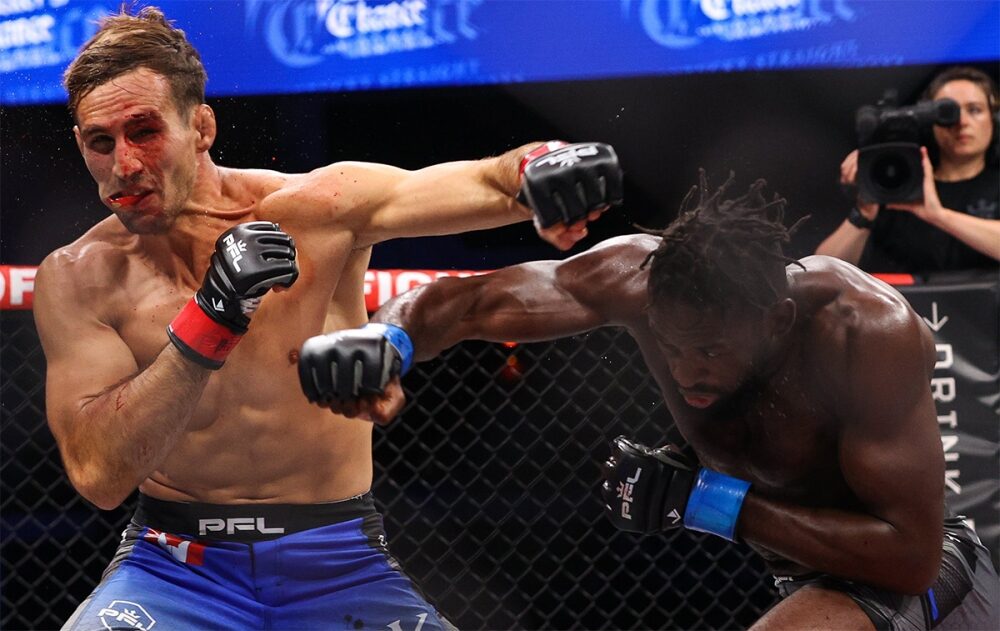 The fight for the PFL 8 title in Cardiff, Wales, ended a minute before the end of the first round after Taylor dropped the Canadian with his well-placed right hand in his jaw and then made a finishing move.

Recall that Taylor showed up at the last minute, replacing the retired Russian welterweight champion Magomed Umalatov, who was refused entry to Britain for political reasons.

Dialano Taylor’s opponent in the final match will be the Swede Sadibu Sai, who defeated Carlos Lil Miranda by unanimous decision in the semi-finals.

Also as part of the event, the finalists of the next PFL heavyweight season were selected, namely Ante Delia and Matheus Sheffil.

Last season’s finalist Ante Delia defeated Henan Ferreira via TKO in the first round and Matheus Scheffil finished Juan Adams via TKO in the third round.

It is worth adding that the Croatian and the Brazilian met three months ago in the regular season, and then Delia won by technical knockout in the second round.

As for Sheffil, in the semi-final match he was supposed to fight against Russian Denis Goltsov, who was also not allowed by the British government to enter the country.