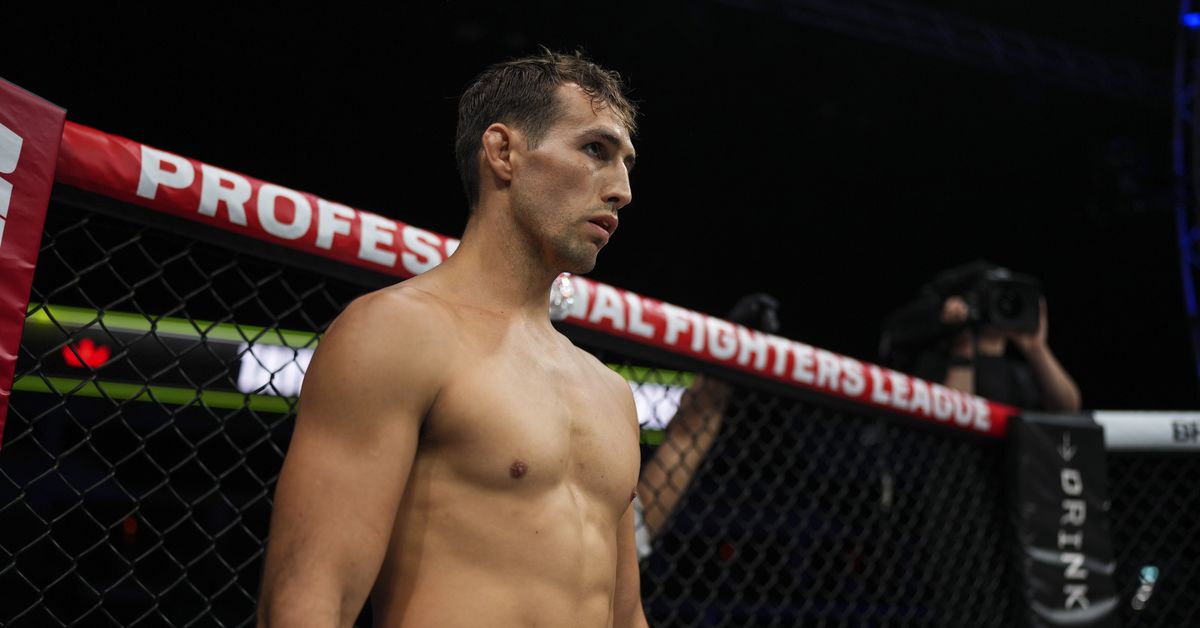 Rory MacDonald is stepping away from competition after a devastating loss.

The former Bellator welterweight champion and longtime UFC contender announced his retirement on Sunday, one day after losing by first-round TKO to Dilano Taylor in the 2022 PFL semifinals.

“My time has come to put the gloves down for good,” MacDonald wrote. “I’m so thankful for this sport and every person I’ve been able to meet along the way.

“I started this sport as a 14-year-old kid, I still remember my first day and knowing this is what I want to spend my life doing. The passion for martial arts and becoming a pro MMA fighter gave me hope and a way to a better life! And I’m so thankful to God for putting that gym Toshido MMA in kelowna in my path. It truly changed the direction of my life and saved me!

“What an adventure this career has been, 17 years of professional fighting. It all came and went so fast! So many painful trainings that are etched into my being, travelling to all parts of the planet and meeting so many people.

“I’ve learned so much about myself through this career, not all of it good. And I’ve made so many mistakes along the way, but here I am 33 years old a better man because of those mistakes, to which I’m very grateful I’ve grown up.”

MacDonald thanked fans as well as Bellator and UFC for their support.

‘Time for him to find another profession’: Pros react to Rory MacDonald’s stunning knockout loss to Dilano Taylor

Debuting in 2005, MacDonald quickly emerged as one of the hottest prospects in his native Canada, beginning his career 10-0. He eventually took his talents to Montreal’s Tristar Gym, where he trained alongside UFC welterweight champion Georges St-Pierre. MacDonald joined the UFC in 2010, where he won eight of his first 10 fights, including a dominant decision win over future welterweight champion Tyron Woodley.

“The Red King” had his shot at the UFC’s 170-pound title at UFC 189 in July 2015, where he lost by fifth-round TKO to Robbie Lawler in one of the greatest fights in MMA history.

In 2017, MacDonald signed with Bellator and captured a welterweight title by beating Douglas Lima in just his second bout for the promotion. MacDonald successfully held his belt for two times before he lost it to Lima at the grand prix finals. MacDonald also unsuccessfully challenged Gegard Mousasi for the Bellator middleweight championship.