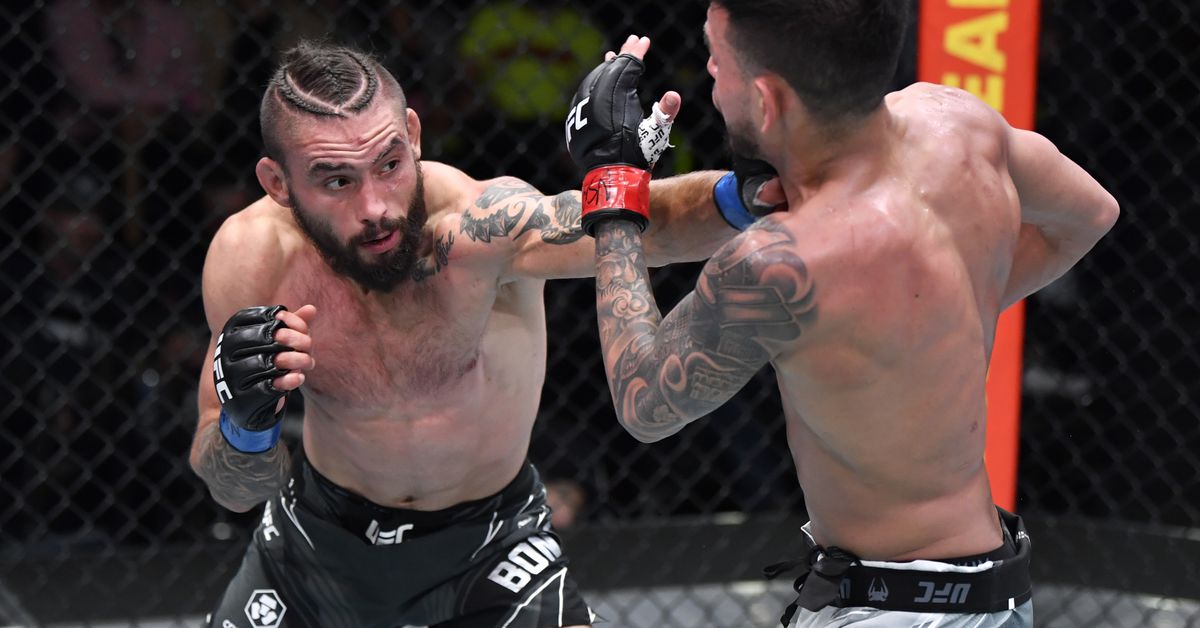 Rogerio Bontorin is unhappy with the way things went during his UFC Vegas 46 bout with Brandon Royval.

The Brazilian flyweight lost a split decision to Royval at the January 15 event, but is adamant that he won the first two rounds. Judge Douglas Crosby was the only to score it that way, with Eric Colon and Chris Lee giving Royval the nod in rounds one and three.

Bontorin was also upset by the outcome and denied that he had tapped to an armsbar during the final round. Royval told BJPenn.com the Brazilian tapped and “immediately looked at the ref to make sure the ref didn’t see it.” Royval added that the alleged missed tap never stopped him from cranking on Bontorin’s arm.

“He is trying to figure out a reason [the result] to justify his loss, because he has lost. And I didn’t tap,” Bontorin responded in an interview with MMA Fighting. “If I had tapped, I would have tapped many times or said stop.

” I tried to hold his arm but he was already stretching it so I moved my hand the opposite way. My hand touched his leg but I brought it back. That’s what happened. He said he [cranked] it and popped my arm, but he didn’t do sh*t. My arm is fine.”

Bontorin stated that it was an “uncomfortable feeling” to be back in Brazil after he lost a decision. However, he’s happy overall with his performance.

The 29-year-old flyweight is now 3-3 under the UFC banner since joining the company via Dana White‘s Contender Series, a run that includes wins over the likes of Raulian Paiva and Magomed Bibulatov.

With only one fight left under his UFC contract Bontorin would like it to be with Royval.

” I’ll fight with him any time but not in Las Vegas,” Bontorin stated. “The commission is kind of fishy. When the bus arrived at the APEX, I saw he knew the entire commission staff, hugging everybody, but I never thought that would interfere in the fight. They were completely [biased].”