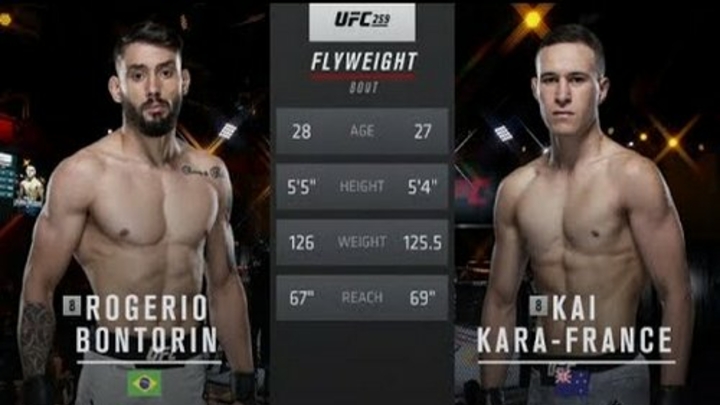 On the night of March 6-7, the UFC 259 mixed martial arts tournament takes place in Las Vegas.

Five seconds before the end of the first round, Cara France delivered a powerful uppercut, after which the referee stopped the fight.