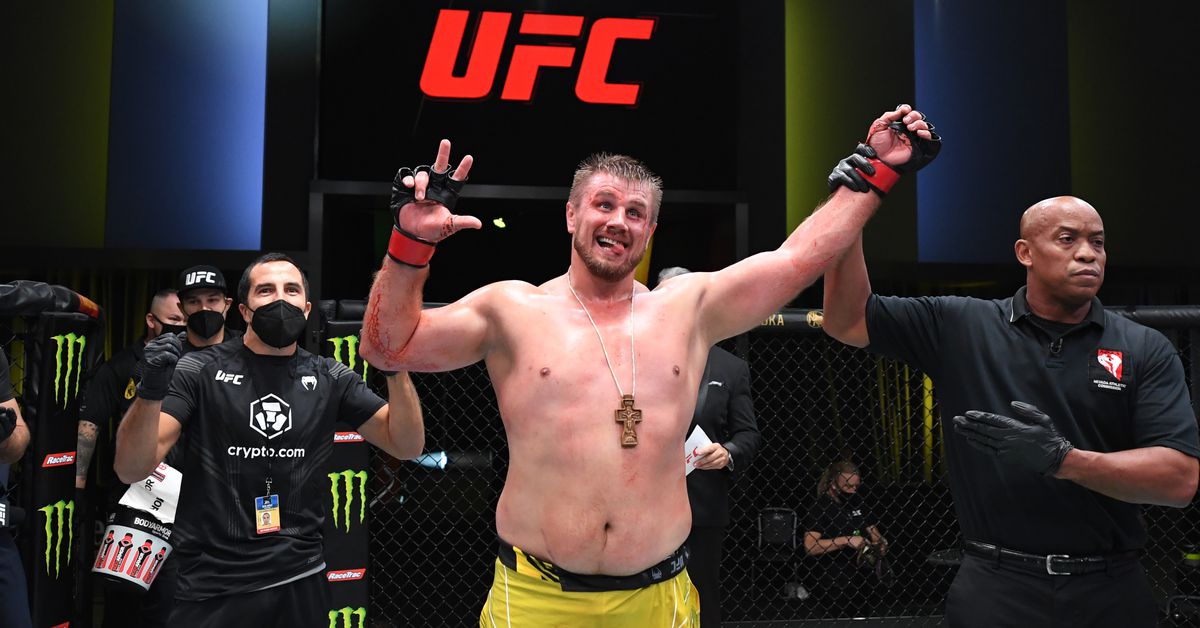 Tanner Boser will still compete next month, but he’ll have a new opponent.

Multiple people with knowledge of the promotion’s plans confirmed to MMA Fighting that Boser will now face Alexandr Romanov in a heavyweight matchup at the UFC event on April 23. TSN first reported the changes.

A person who was aware of the situation informed MMA Fighting that Nascimento had been forced out by an undisclosed injury.

Boser (20-8-1) will compete for the first time since his second-round TKO win over Ovince Saint Preux at UFC Vegas 30 this past June. Prior to that, “The Bulldozer” dropped consecutive decisions to former champion Andrei Arlovski and Ilir Latifi. The 30-year-old will make his eighth octagon appearance.

Romanov (15-0) has had his hand raised in all 15 of his professional bouts, including a 4-0 start to his octagon tenure. “King Kong” picked up finishes in three of four UFC bouts over Roque Martinez, Marcos Rogerio de Lima, and Jared Vanderaa, along with picking up a technical split decision over Juan Espino this past April.

The UFC’s April 23 event will be headlined by a strawweight matchup between former champion Jessica Andrade and Amanda Lemos.

Guilherme Cruz contributed to this report.