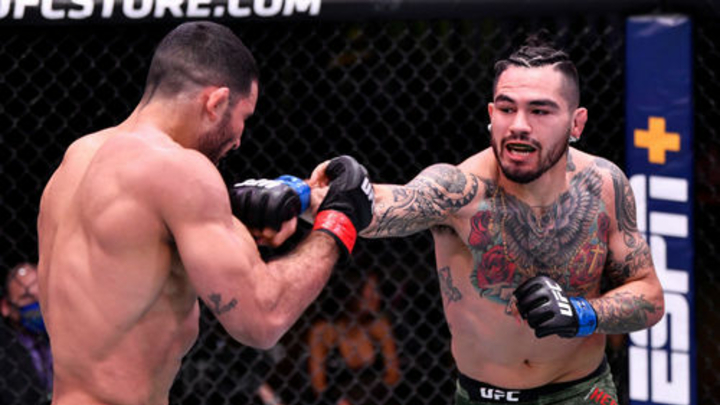 Watch the fight video at UFC 258

On the night of February 13-14, the UFC 258 mixed martial arts tournament takes place in Las Vegas.

In the second round, Hernandez unleashed powerful blows on the opponent, and completed the attack with a choke, after which the fight was over.