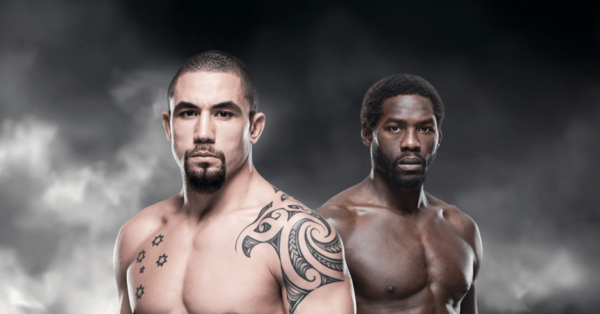 This coming Saturday in Abu Dhabi (UAE) the UFC 254 tournament will take place on Fight Island. The main fan’s attention here will be riveted to Khabib Nurmagomedov and Justin Gaethje, but the warm-up fights should not disappoint real MMA fans.

In the co-main event, Whittaker and Cannonier will possibly play for the middleweight title challenger held by Israel Adesanya.

Whittaker was destroyed by Adesanya a year ago at UFC 243. That knockout loss deprived the New Zealander of the championship title, which he never defended. In July, Whittaker returned to beat Darren Till on points.

Cannonier made his middleweight debut two years ago, dropping from the light heavyweight division after losing to Jan Blachowicz and Dominik Reyes. And while in the category up to 185 pounds, Jarred remains undefeated. “Killa Gorilla” is on a three-kill knockout streak, stopping David Branch, Anderson Silva and Jack Hermansson. Cannonier hasn’t fought since last September, and was scheduled to fight Whittaker at UFC 248 in March, but a pectoral tear left the American on the sidelines.

Whittaker is a fast and versatile striker who is good at evading takedowns. Cannonier for him looks like a stylistic convenient opponent. The former champion has had problems with hard-nosed strikers like Steven Thompson and Adesanya, but Cannonier is a pushing tank.

If Whittaker does not become a static target for the opponent, which is unlikely, then his skill set and speed difference allow him to cleanly catch and finish Cannonier. Moreover, he has already been knocked out twice in the UFC.

Whittaker wins by knockout in the 2nd round