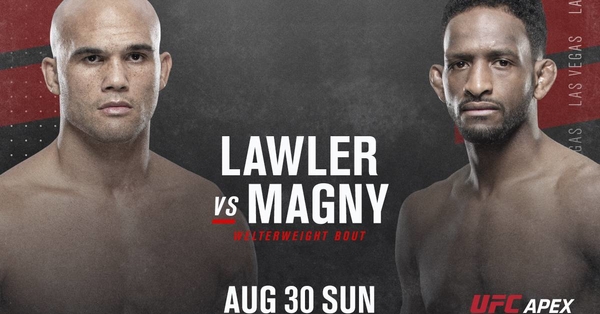 Undoubtedly, Lawler is coming to the end of his UFC career. He is 38 years old, he has not fought for over a year and has not won for over three years. After beating Donald Cerrone in July 2017, Ruthless lost consecutively to Rafael dos Anjos, Ben Askren and Colby Covington. Lawler lost to the latter terribly one-sided.

Magni is the fresher fighter in the pair. He will hold his third fight in 2020, having previously outplayed Li Jingliang and Tony Martin.

The big question is how much gas is left in Lawler’s tank? He is one of the greatest strikers in the history of the UFC welterweight division, capable of knocking out almost any punch.

Magni’s height (191 cm) makes him a very difficult striker, who also does not get lost on the ground. He also has some of the best cardio in the division.

As mentioned above, Lawler’s best years are behind him. He still has chances to knock out the opponent early in the fight, but if Magny manages to avoid this, then he has everything to win, especially if he uses takedowns.