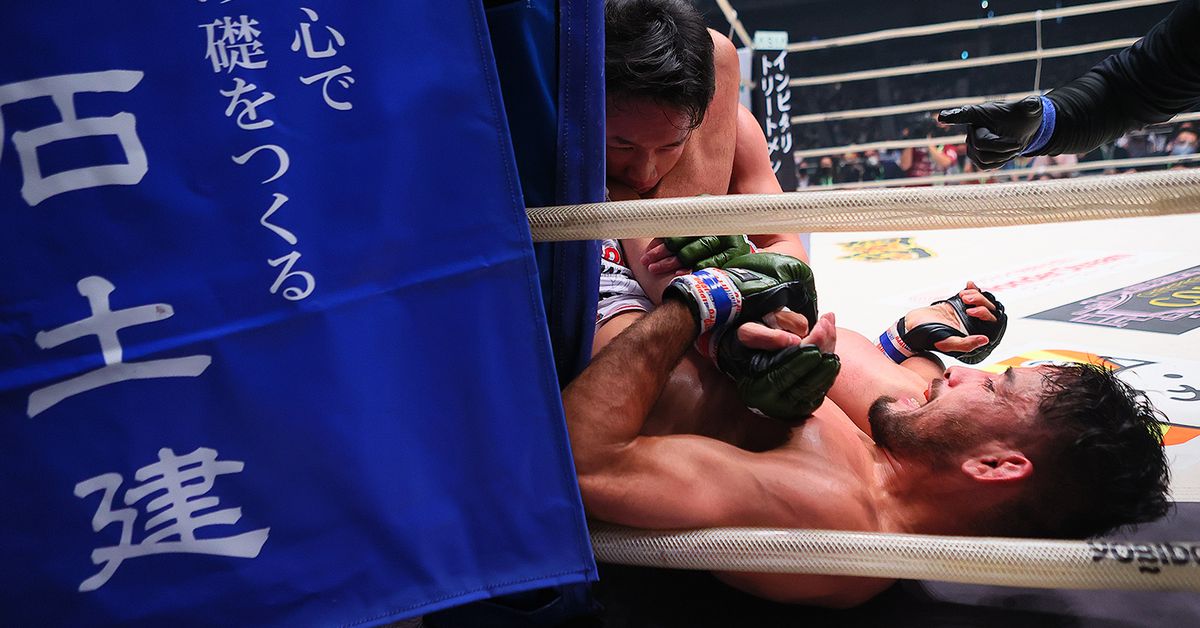 Born in Brazil but living in Japan for nearly two decades, Kleber Koike believes winning might not be enough for him to secure a shot at the RIZIN featherweight championship.

Wednesday’s RIZIN Trigger 2 will feature veteran Ulka Sachaki against Koike at the Ecopa Arena. The Ecopa Arena is a 15-minute away from Shizuoka. Koike said that he didn’t expect to fight Juntaro Ushiku but that he had been injured. However, he remains positive and believes it’s only a matter “of time” until he takes on the

A win over Sasaki would move Koike, a former KSW champion, to 4-0 under the RIZIN banner in just 15 months, but stills expects the promotion to push Mikuru Asakura first even though Koike choked him unconscious this past June.

And even though he tapped his more-famous opponent in his most recent bout, Koike stills expects Asakura to be in a more favorable position following decision victories over Kyohei Hagiwara and Yutaka Saito in the fourth quarter of 2021.

” “It’s up for them now,” Koike stated. I consider myself to be the No. 1 contender but Asakura, whom I beat in June, is coming off two wins and is a popular guy and the promotion wants to make him a champion, so he might jump the line ahead of me. There’s not much you can do about him being Japan’s McGregor.

“I had a conversation with RIZIN and they might to a grand prix this year, and I wanted to fight for the belt before the tournament so I can enter it as the champion. They can decide. It’s up to them. I am learning that fighting isn’t enough. Marketing and social media are what really matter. Asakura excels in this area. He was promoted because of the .”

Not getting a title shot is upsetting, but Koike has received positive feedback in Japan for his victory over Asakura, especially for the dekasegi and gaijin community — foreigners that have move to Japan for work.

“Today, I can claim that I have changed the lives of many people,” he stated. “I’m not bragging, but [Roberto] Satoshi and I are putting the dekasegi on another level. In the past, people would say, ‘Oh, he’s just another gaijin.’ But we’ve earned our space and it’s reflecting in the Brazilian community.

“People don’t say gaijin anymore, they say ‘Brazilians that are fighting for RIZIN.’ ‘Do you know the champion, Satoshi, and the one that beat Asakura?’ It’s been seven months since the fight and I’m still recognized in the streets and asked for pictures.

The first thing they say to each other is “Oh, that’s Asakura .'”

Koike is still confident the RIZIN belt would come. However, they must first get through Sasaki. The UFC veteran is 2-3 since joining RIZIN in 2018, a run that includes a decision victory over Manel Kape, but lost a decision to Yoshinori Horie in his most recent appearance. Koike recalled losing to Sasaki in a no-gi fight a decade back in Japan and stated that “that’s why he agreed to this bout .”

“But, we live in very different times. We are fighting MMA. I see myself submitting him,” Koike said. “I don’t think he’ll stand and trade with me. I don’t have the flashiest or best striking, but he hasn’t traded much after getting his jaw broken. His best weapon is the grappling and so is mine, so I don’t see a path for victory for him. His mistakes are not uncommon on the mat. You can see that he has good back control, but his grappling skills are not very strong .”