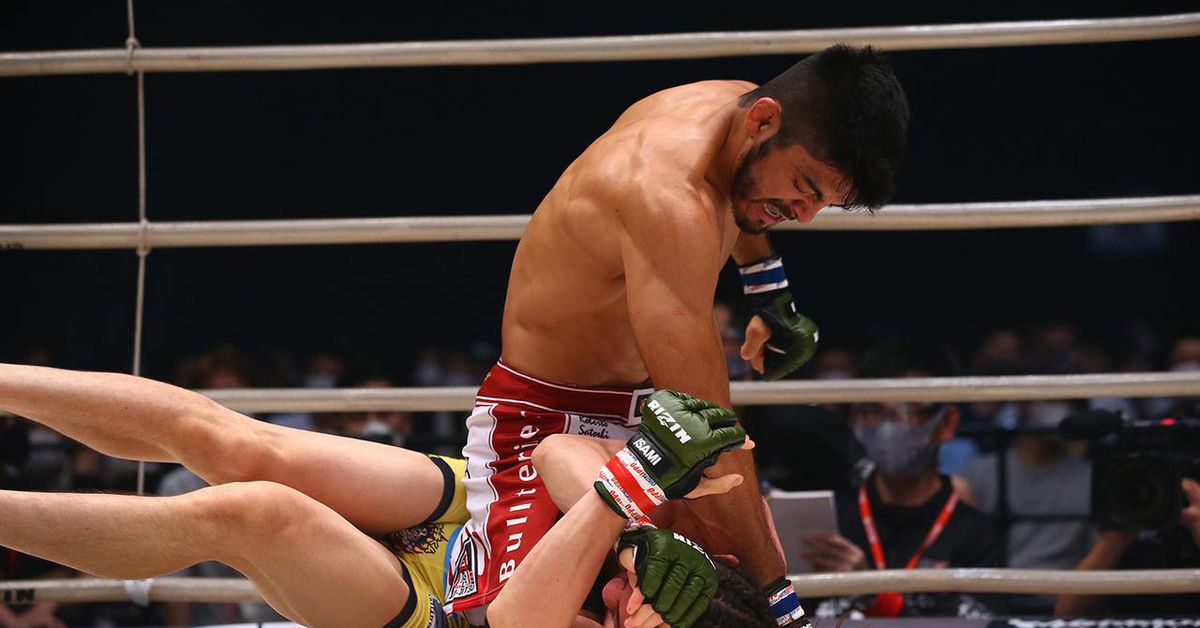 In the headlining spot for the April 17 card in Tokyo, lightweight champion Roberto Satoshi meets UFC veteran Johnny Case, while Juntaro Ushiku puts the featherweight title on the line against Yutaka Saito in the co-main event. Ayaka Hamasaki is also set to defend her atomweight gold versus Seika Izawa.

Satoshi (13-1) suffered the only loss of his MMA career by the hands of Case (27-7-1) in the company’s grand prix in 2019. He’s since gone on to finish four fights in a row en route to capturing and defending the RIZIN lightweight belt. Case hasn’t fought since losing to tournament winner Tofiq Musayev in a semifinal bout in 2019.

DEEP’s 145-pound titleholder Ushiku (21-8-1) upset Saito (20-6-2) to claim the RIZIN gold in Oct. 2021, then returned to DEEP to defend his second belt two months later. Saito was defeated by Mikuru Asakura, in his December bout. However, he has been given a chance to win the title against Ushiku.

Hamasaki (23-4) lost a non-title decision to Izawa (5-0) in a huge upset in the final event of 2021 in Saitama, and now they’ll meet again with the 108-pound title on the line. Hamasaki, a former champion in Invicta FC, was on a four-fight winning streak prior to the setback, while Izawa holds a perfect record thus far in her young career.

The company also announced three matchups for the RIZIN Trigger 3 show, set to take place the day before, April 16, in Tokyo. Luiz Gustavo will face Yusuke Yamachi, four years after he knocked him out in Japan. Yuto Hokamura faces Kazuma Kuramoto at bantamweight. Longtime MMA veteran Masanori Kanehara will collide with Kazumasa Majima in a 135-pound bout.