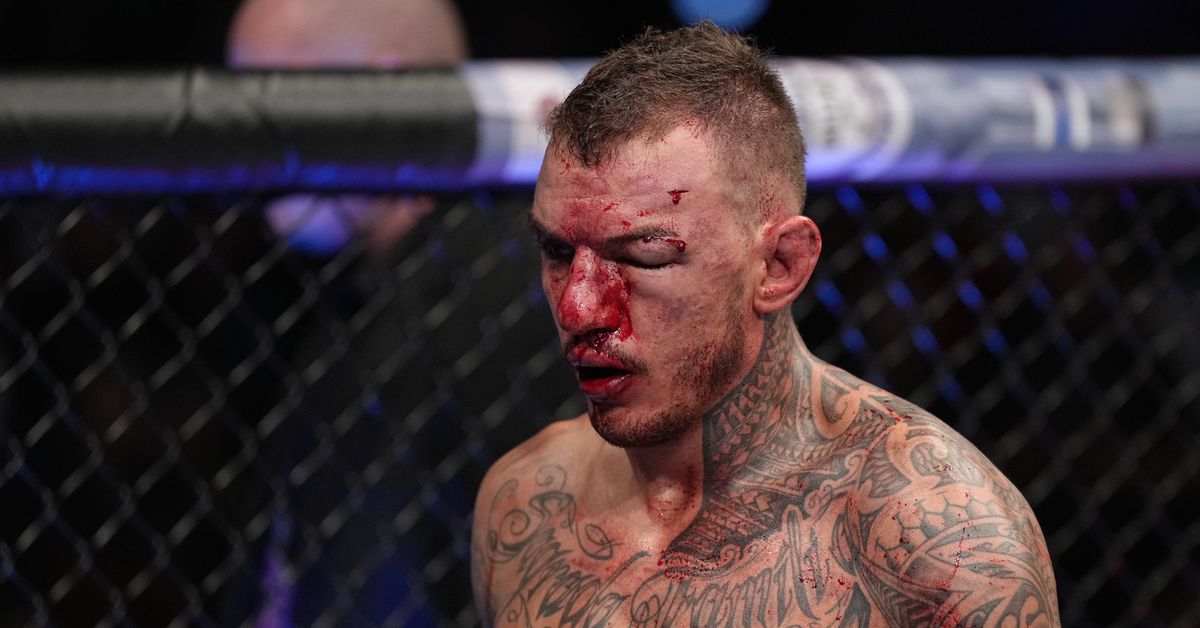 Renato Moicano is already looking to bounce back from a tough loss.

The Brazilian lightweight suffered one of the uglier defeats on Saturday in the 160-pound catchweight co-main event of UFC 272, dropping a unanimous decision to former UFC champion Rafael dos Anjos in a fight that saw Moicano being roughed up for the majority of the five-round contest.

Many of Moicano’s peers praised him for the heart he showed in the fight and Moicano himself shared positive thoughts in a statement released on social media later in the evening.

“No excuses, thanks Rafael dos Anjos and UFC for this opportunity,” Moicano wrote. “This defeat doesn’t define me. I’m not a loser, because I lost. And I’m not a winner when I win.”

Moicano accepted the fight with dos Anjos on less than a week’s notice, stepping in for Rafael Fiziev, who was forced to withdraw from “The Battle of the Rafaels” after testing positive for COVID-19. It was the second fight in three weeks for Moicano, who was coming off of back-to-back submission wins over Alexander Hernandez and Jai Herbert.

The former featherweight contender fell to 3-2 since moving up from 145 pounds.

No excuses, thanks Rafael dos Anjos and @ufc for this opportunity. This defeat doesn’t define me. I’m not a loser, because I lost. And I’m not a winner when I win. I’m victorious in life, the way I handle myself with my family and my team. Thanks God, this is a great time to be alive. Never forget, I’m always chasing the BIG MONEY PORRA!