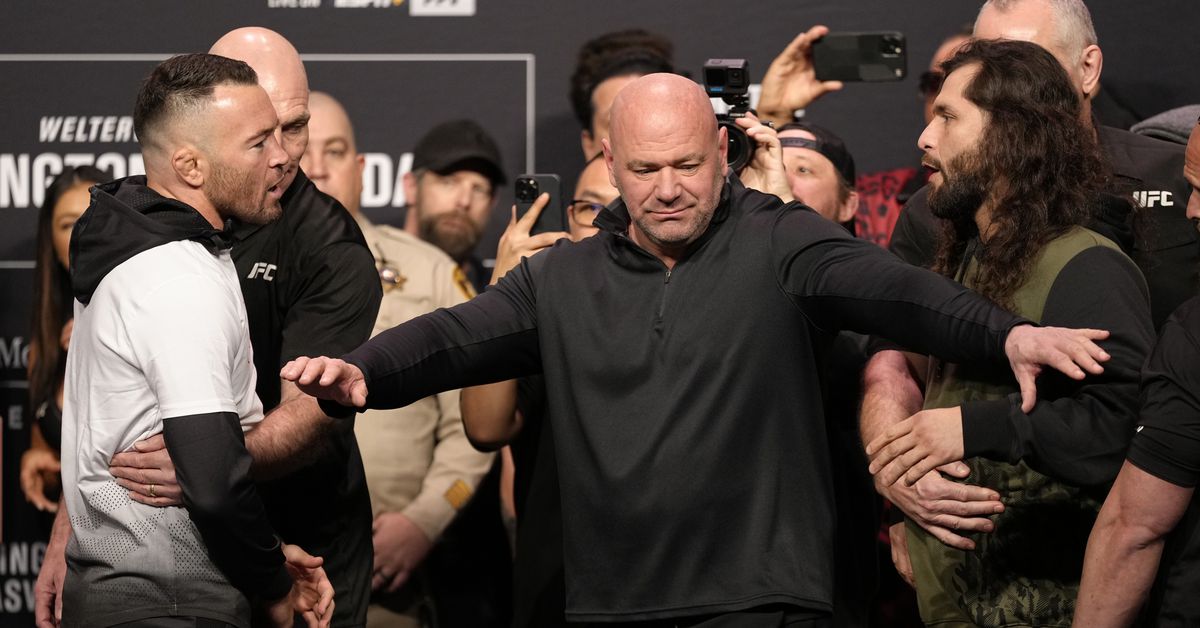 Jorge Masvidal’s rivalry with Colby Covington has allegedly boiled over into the streets following Covington’s unanimous decision win over Masvidal earlier this month at UFC 272.

MMA Fighting’s Mike Heck and Jed Meshew react to the news of an alleged incident involving the two rivals, the police report MMA Fighting obtained, whether or not the UFC could use this alleged moment in time to promote a second fight, and more.

An audio-only version of the show can be streamed below and on Apple Podcasts, Google Podcasts, Spotify, Stitcher, and YouTube.