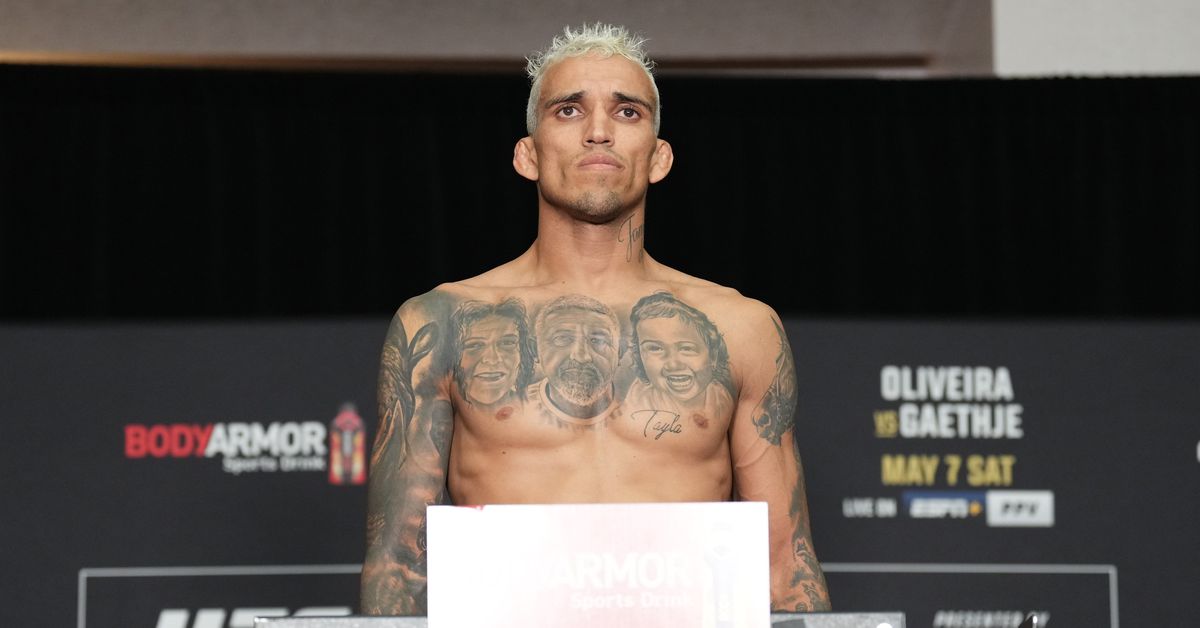 PHOENIX — Charles Oliveira has been disqualified as the UFC lightweight champion.

In a historic turn of events, Oliveira became the first champion to lose his UFC title on the scale after missing weight on Friday at UFC 274’s official weigh-ins. Oliveira tipped the scales at 155. 5 pounds on his first attempt, then hit 155. 5 pounds again after being given another hour to make weight. The UFC lightweight title is now vacant and Oliveira won’t be eligible for it at UFC 274..

Gaethje weighed in at 155 and will continue to be eligible for the UFC lightweight title, provided he meets his contractual weight.

As this writing OIiveira and Gaethje are still the headline UFC 274..

Watch MMA Fighting’s Shaun Al-Shatti and Jose Youngs react to the stunning news immediately following UFC 274’s official weigh-ins as they make sense of an unprecedented situation. That video can be seen above.