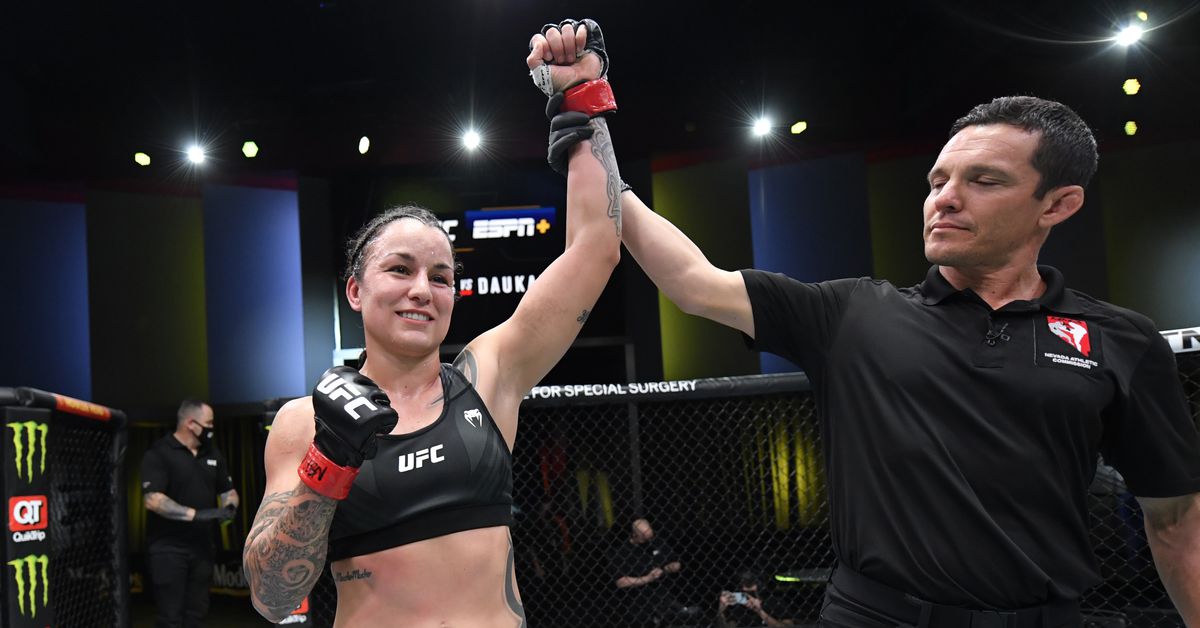 Aspen Ladd has a new opponent for her return to the bantamweight division.

Multiple people who were aware of the plans have confirmed that Irene Aldana was forced to cancel her matchup against Ladd. Raquel Pennington steps in as a short-notice replacement at UFC 273, which takes place April 9 at VyStar Veterans Memorial Arena in Jacksonville, Fla. Eurosport was first to report the new booking.

Pennington has won three straight and will look to take another step forward towards getting another crack at a UFC title. The No. 6-ranked fighter in MMA Fighting’s Global Rankings earned decision wins over Marion Reneau and Pannie Kianzad to kick off her recent surge, then kept the streak going when she submitted Macy Chiasson in the second round in a featherweight matchup at UFC Vegas 45 in December.

Ladd looks to bounce back from a decision loss to Norma Dumont in the featherweight main event of UFC Vegas 40 this past October. The 27-year-old has had well-documented issues making the bantamweight limit, including missing weight by 5. 5 pounds for a scheduled matchup with Chiasson in early October. Ladd told MMA Fighting in December that she has been stepping up her strength and conditioning program in preparation for a move back to 135.

UFC 273 is headlined by a featherweight title fight between Alexander Volkanovski and Chan Sung Jung. Aljamain Sterling defends his bantamweight title in the co-main fight against interim champion Petr Yan.