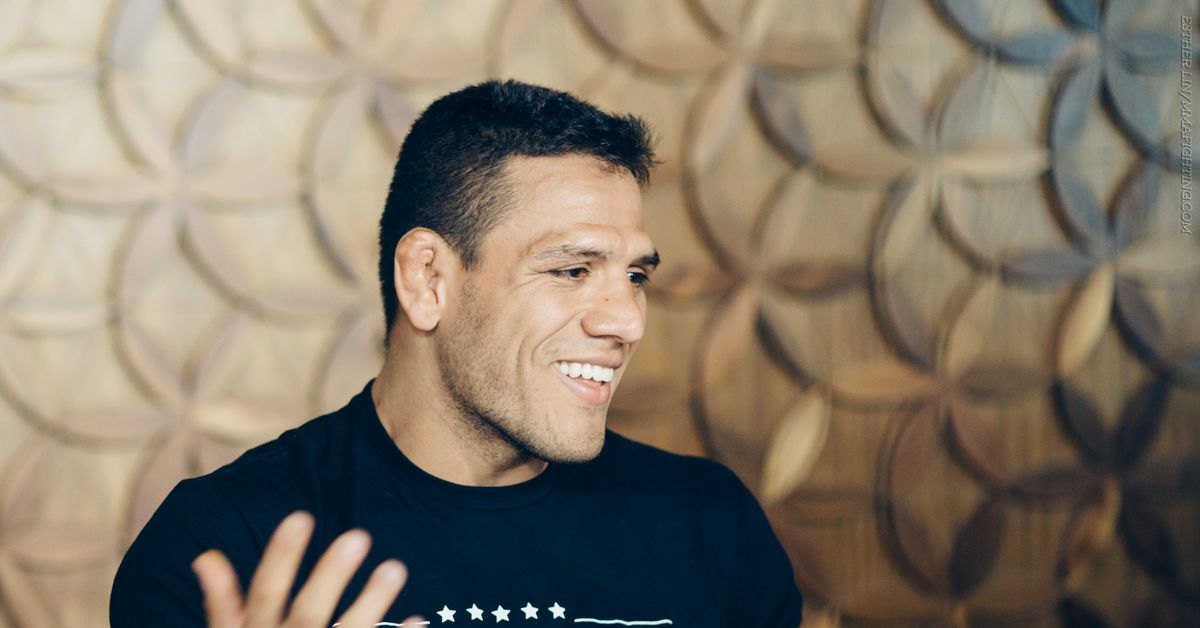 This past weekend, Rafael dos Anjos took home a five-round unanimous decision victory over Renato Moicano in the co-main event of UFC 272. It was a dominant performance from dos Anjos, who beat up Moicano for the better part of 25 minutes and even had the commentary team suggesting that the bout should be stopped on several occasions. But if the fight was somewhat easy for dos Anjos, the journey to it was anything but.

The former UFC lightweight champion was originally scheduled to face Rafael Fiziev in the main event of UFC Vegas 48, however visa issues for Fiziev resulted in the matchup being postponed to UFC 272. Then things went astray again just a few days before their new fight date, as Fiziev came down with COVID-19 and was forced off the card. After a scramble to replace dos Anjos with just days notice, the UFC settled on Moicano. This created a difficult week of fights for dos Anjos.

“My last two weeks were so stressful,” dos Anjos said this week on The MMA Hour. My fight was delayed first. This was followed by two possible opponents, but only in one division. So I didn’t know if I should cut weight or eat something. The fight was postponed and then the opponent received COVID. We got another opponent in two divisions. It was quite crazy. I’m glad I got it done and it’s in the past. I got the victory and I’m gonna enjoy it a little bit.”

Although it was a successful bout, Moicano wasn’t the first choice for dos Anjos. Fiziev withdrew from the fight after Islam Makhachev had just won a quick domination over Bobby Green.

Dos anjos and Makhachev had been set to meet three times previously, but they have not yet met inside the cage. It looked as if the two men might finally get the chance to face off, but dos Anjos said Makhachev declined the chance at the eleventh hour.

Conor McGregor unloads on Islam Makhachev, offers to fight him when he returns from injury

“I called his bluff. I think that’s what it was. They probably thought, ‘RDA will never take this fight at 170,’ but you know what, I was training, I didn’t want to waste a whole fight camp, I hadn’t fought for 16 months, I just wanted to go fight someone.”

Though he wasn’t given a a concrete explanation, dos Anjos says he heard that Makhachev asked for “a million dollars or something” to take the fight — an accusation Makhachev subsequently denied.

With his dominant win over Bobby Green at UFC Vegas 49, Makhachev had appeared to finally punch his ticket to a shot at the winner of the UFC 274 lightweight title clash between Charles Oliveira and Justin Gaethje. However, following the fiasco of this past week, UFC president Dana White said Makhachev would now need to face Beneil Dariush, the man he was originally set to fight at UFC Vegas 49, to earn a title shot.

Looking back at all the events between him and Makhachev as well as his friendship with Dariush’s, dos Anjos can’t help but feel a bit pleased about how they turned out.

” It feels amazing, man. It feels really good,” dos Anjos said, laughing. He even sent Beneil [Dariush], the message, “Now I have your fight back!” That is his price for being a politician. Play these little games, and now he had his title shot secured and now he’s got to fight another one.”