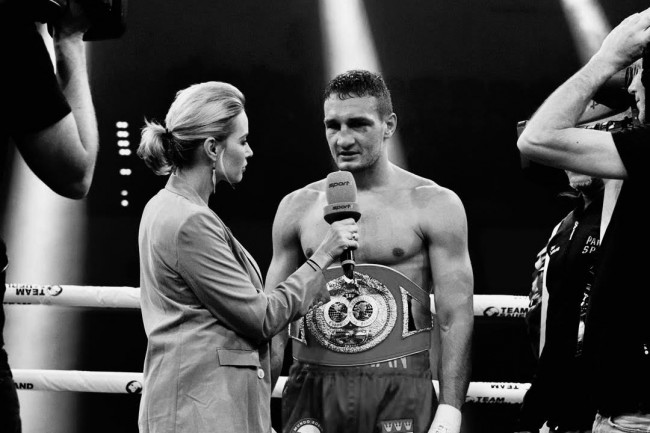 Cologne, Germany. In the main event of the show, local middleweight prospect (up to 72.6 kg) Denis Radovan (16-0-1, 8 KOs) effortlessly beat compatriot Rafael Bejaran (30-7-1, 13 KOs), an age native of the Dominican Republic, and became the owner of the vacant IBF European Championship belts.

Only starting seconds turned out to be competitive. Beheran quickly went into survival mode as he couldn’t keep up the pace and density of the fight. In the 2nd round, he first took a knee after hitting the body, then fell in the corner of the ring. After the third fall, the referee stopped the fight.

The fight did not turn out to be competitive, but went the whole distance.

Both rolled a chic and most competitive mahach. The starting rounds were better for Stevens: he took the center of the ring, boxed from the jab. Sweeping Harris managed to impose a power confrontation, pulled out a controversial victory by a majority decision: 73-79, 77-75, 78-74.