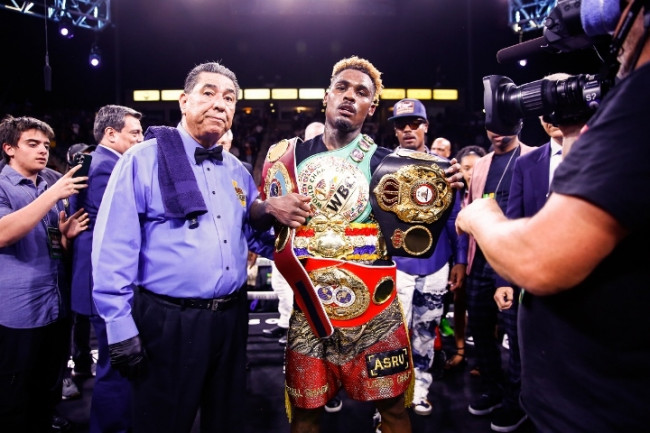 Editorial board
The Ring magazine made some changes to my version ranking of the best boxers in the world, regardless of weight categories. Last weekend, the American Jermell Charlo (35-1-1, 19 KOs) made a significant application for membership in the top ten – he beat the Argentinean Brian Castaño (17-1-2, 12 KOs) and became the absolute world champion in the light middleweight division.

As expected, not all The Ring agreed with the inclusion of Charlo in the top 10, because there he replaced the legendary conqueror of four divisions of the Nicaraguan Roman Gonzalez. There were questions about other boxers.

Adam Abramowitz: “Charlo has all 4 division belts. This achievement has been achieved by only 7 fighters over the past 20 years. And we don’t have a place for him? I think it even sounds ridiculous. Moreover, according to most experts (including in my opinion), Josh Taylor lost in his last fight. At least he looked terrible. And I don’t understand what Vasily Lomachenko is doing in our top ten?”

Decided to stand up for the Ukrainian Anson Wainwright: “I won’t throw away the crowbar from the“ pound. This is not just a well-rounded fighter. He is like Canelo Alvarez in his desire to challenge himself in a weight class other than his own. And he had only one bad night – against Teofimo Lopez. And even then, he boxed with a sore shoulder. He has proven in his last two fights that he is still a pound fighter.”

“Do wins over Richard Commey and Masayoshi Nakatani prove he’s still a pound fighter?” Abramowitz began to tease his colleague.

In the end, they decided to leave Lomachenko in the high 7th position, and Charlo got 10th place.

Top 10 in all weight divisions according to WMMAA (updated weekly).