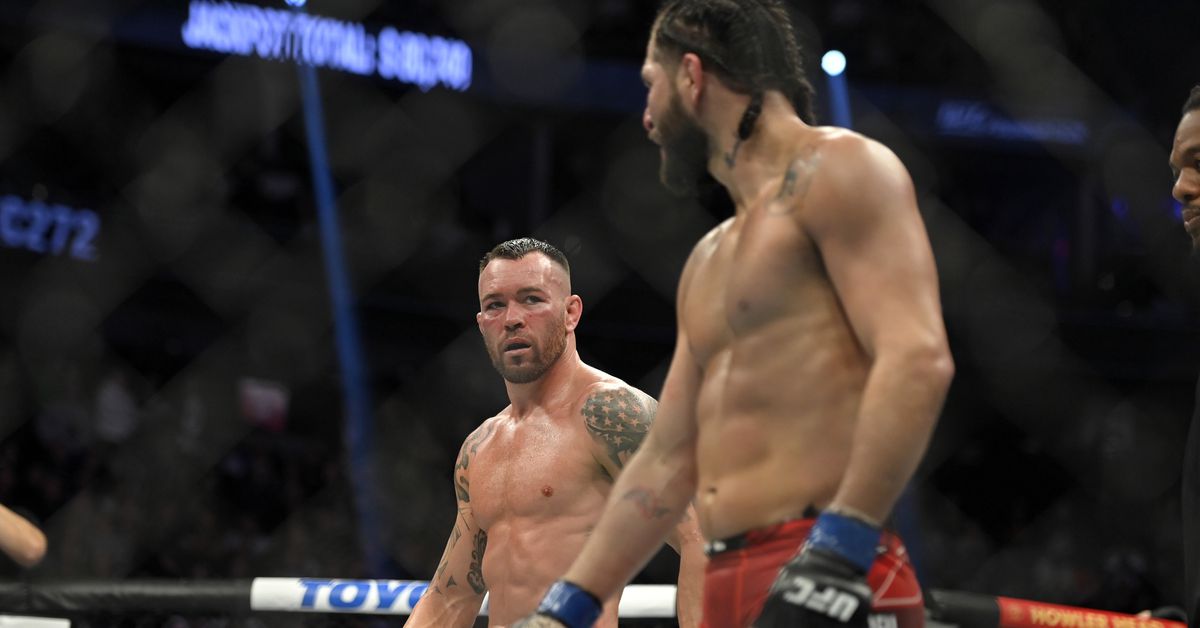 Details surrounding Jorge Masvidal’s alleged attack on Colby Covington have begun to come out after the two UFC rivals were involved in an altercation late Monday night.

The Miami Beach Police on Tuesday released a report regarding the incident that names Masvidal as a suspect. Covington’s identity was not revealed because he was the victim. However, multiple sources confirmed to MMA Fighting that Covington had been the victim of the altercation which occurred outside of Papi Steak Restaurant.

According to police reports, Masvidal could be charged with felony battery for the incident.

Police arrived on the scene and spoke with Covington. He claimed that Jorge Masvidal attacked him and ran up to him. Masvidal then punched Covington twice in the face .”

The report says that Covington received one punch to the mouth, and another was delivered to his right eye. Covington said he heard Masvidal say, “You shouldn’t have been talking about my kids,” during the attack.

Covington said that he also saw four or five other males approaching him aggressively. So he pushed his way away and ran “back to the Papi Steak Restaurant, where he contacted police

During the alleged assault, Covington fractured his left front tooth and suffered an abrasion to his left wrist, according to the police report. Covington added that he identified Masvidal by the sound of his voice, as well as recognizing his hair sticking out of his hoodie, as the UFC welterweight was allegedly wearing a blue surgical face mask with his hoodie raised up over his head.

Police obtained security camera footage from the incident and wore body cams as they spoke to Covington and the other witnesses to the altercation.

Masvidal posted a late Monday evening video that appeared to refer to the incident.

“Call this the show your face challenge,” Masvidal said. What’s the matter? I am from Dade county. You talk that s*** you’ve got to back it up. That’s how my city rolls.”

He then followed up on Twitter with an early Tuesday morning message that seemed to refer to what he said to Covington in the incident.

“Good Morning to Everyone, except for those who think that talking about the kids of someone else’s children is cool,” Masvidal wrote.

The situation between Masvidal and Covington turned volatile after they had already faced off in the UFC 272 main event in early March. Covington won the fight by unanimous decision and has continued to taunt Masvidal over social media in the days and weeks since the event ended.

At the UFC 272 post-fight press conference, Masvidal stated that he intended on settling his grudge with Covington outside of the cage after the former UFC interim welterweight champion invoked his kids during the lead up to their fight.

No formal charges have been filed yet and Masvidal has not been arrested at this time.