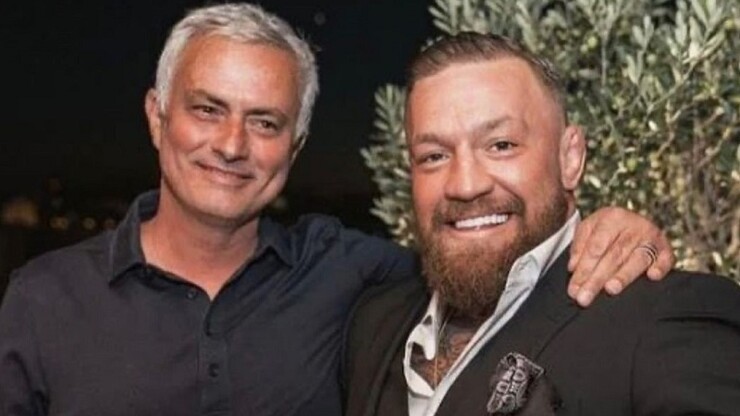 Yesterday, the star and former UFC champion Conor McGregor flew to Rome. There he met with the head coach of Roma, Jose Mourinho, as the Special himself said on his Instagram:

“Yes, it is! Yes, the great Conor McGregor is in Rome and it was a great pleasure to meet him, tell him some stories and give him the most beautiful shirt in town, the Roma shirt.

He did a miracle, it’s impossible to refuse Conor, I had to try his whisky,” wrote Mourinho.